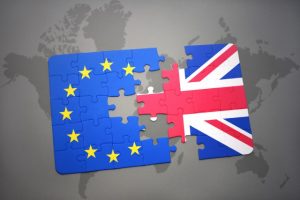 The tragedy of our times is that Boris Johnson is seen as a principled leader of Brexiteers.

Mr Johnson, it must be recalled, could’ve gone either way on the June 2016 EU referendum – he had written two signed newspaper columns, at a strategic point of the campaign. The columns argued for and against Brexit. Mr Johnson wasn’t sure whether he was for or against Brexit. Finally, when it seemed more personally politically advantageous to stump for Brexit, Mr Johnson started down that course.

The best summing up of Mr Johnson’s character and sensibilities is from Max Hastings, in The Times on July 10. It’s behind a paywall, so if you don’t want to click on the link, the piece is there in full below. It’s there to read purely as a public duty because it’s important to know what the man who gave him his first job thinks of Mr Johnson.

“It is a common mistake to suppose Johnson a nice man. In reality he often behaves unpleasantly. I myself have received some ugly letters from Johnson, threatening consequences for writing about him in terms that he thought unflattering.”

Boris Johnson “seems to deserve every possible success as a journalist and entertainer. Should he ever achieve his towering ambition to become prime minister, however, a signal would go forth to the world that Britain had abandoned any residual aspiration to be viewed as a serious nation.”

And yet, after Mr Johnson’s July 9 resignation as UK foreign secretary, Zac Goldsmith tweeted the following, apparently in all seriousness:

“Boris could literally throw himself in front of a bus to save a child, and his opponents would still accuse him of being opportunistic. He’d never have wanted to resign from one of the great offices of state. That he did so shows how much he cares about respecting the referendum”

Mr Goldsmith is a Conservative Party MP but in every other way, he has given little evidence he knows anything about “respecting” anything but opportunism. When he ran for mayor of London, he hammered his Labour Party opponent as a terrorist and a danger to the British capital simply because he is of the Muslim faith. Mr Goldsmith lost the 2016 election to Sadiq Khan but in the years since, he seems to have learnt nothing about the need to respect principles of political fairplay and honesty.

The tragedy is that British national interest (and public discourse) is trapped in the ugly web of deceit and pretence that some politicians have cunningly woven.

“Tragic to see how the UK is lost in the post-referendum chaos. This used to be a nation providing leadership to the world. Now it can’t even provide leadership to itself.”

Hardly a surprise, with people like Mr Johnson at the centre of political conversation.

A few months ago on the London Underground, a middle-aged stranger who found himself my neighbour demanded: “Excuse me asking, but you will know if anybody does — is Boris Johnson going to resign?” I pleaded ignorance, saying that I had not spoken to the foreign secretary for years. Crestfallen, he said: “But surely you were the editor of The Daily Telegraph who invented him!”

No, no, I insisted — he was getting me mixed up with Count Dracula.

It was true that I employed Boris through years during which he showed himself a dazzlingly entertaining journalist. But the joke went tragically wrong when Theresa May put him in the cabinet. My new friend’s face collapsed into dismay. “I know Boris makes mistakes,” he said, “but surely they’re good mistakes.”

That man does not merely like yesterday’s foreign secretary, I would surmise that he loves him. Along with hundreds of thousands and perhaps millions of others, he sees in Johnson a blaze of colour amid the ranks of drabness occupying the front benches of the House of Commons.

The English have a weakness for clever buffoons, cards, turns. Boris’s admirers rejoice in his indiscretions. Here at last, they say, is somebody real; a man who tells it like it is; an overweight bundle of fun who makes them laugh. It is no contradiction that this vote of confidence is unsupported by most of those who know Boris well, starting with Michael Gove, or who have been rash enough to believe a word he says about whether it is Monday or Tuesday.

I first met the blond bombshell when he was presiding in white tie and tails at a debate as president of the Oxford Union, where his wit struck sparks off the chamber walls. Soon after recruiting him to the Telegraph in 1989 we sent him to be our correspondent in Brussels, where he made his reputation as a journalist. His reports on the extravagances and nonsenses of the EC, as it was, won headlines, and caused no end of embarrassment to the Tory government’s pro-Europeans.

Unkind rivals muttered that Boris’s dispatches enjoyed an uneasy relationship with the truth. His ascent suffered a check in 1990 when I received through the post a cassette of a conversation between him and his old Bullingdon Club chum Darius Guppy, a convicted fraudster. Guppy asked Boris to secure the address of a journalist against whom he had a grudge, with a view to having something unpleasant done to the man. Boris did not decline. My correspondent inquired what I, as his boss, was going to do. Summoned to London, Boris said that he had done nothing to meet Guppy’s request. Maybe, I said, but why had he not dismissed it out of hand? “Loyalty,” he said. “Loyalty to an old friend.” We sent him back to Brussels with a wigging.

The episode provided early examples of two enduring facets of his character: first, he will say absolutely anything to man, woman or child that will give them pleasure at that moment, heedless of whether he may be obliged to contradict it ten minutes later. Second, having registered his wild-card status as a brand, he exploits it to secure absolution for a procession of follies, gaffes, idiocies and scoundrelisms, such as would destroy the career of any other man or woman in journalism, never mind government. David Cameron was only one among many apologists to excuse some absurdity with a shrugged: “It’s just Boris being Boris”.

It is a common mistake to suppose Johnson a nice man. In reality he often behaves unpleasantly. I myself have received some ugly letters from Johnson, threatening consequences for writing about him in terms that he thought unflattering.

In 2008 Boris nonetheless sought my opinion about running for the London mayoralty. I said I thought he could win and might do the job well. He asked if I had any advice. Yes, I said: “Lock up your willy.” He proved a terrific showman for London, especially during the 2012 Olympics, but was notably less impressive on the tough bits — managing budgets and challenging the Tube unions. Nor did he prove willing to retire his willy. In 2013 a judge refused him a gagging order concerning an illegitimate child, observing that the public had a right to know about his “reckless” conduct.

Johnson’s glittering intelligence is not matched by self-knowledge. He sees his place in the nation’s history in Churchillian terms, whereas others — including most of the parliamentary Conservative Party — would cast him as Blackadder in a blond wig.

He is a man of remarkable gifts, flawed by an absence of conscience, principle or scruple. It has been a misfortune for Britain that through two years when diplomacy has been critically important we have been represented abroad by a jester.

It would be unwise to declare his career in government at an end until it is buried at a crossroads, but some of those who have known him best heaved a profound sigh of gratitude at his departure from the Foreign Office. He seems to deserve every possible success as a journalist and entertainer. Should he ever achieve his towering ambition to become prime minister, however, a signal would go forth to the world that Britain had abandoned any residual aspiration to be viewed as a serious nation.