How to decode Trump in Helsinki? Think Sherlock Holmes & the stolen race horse 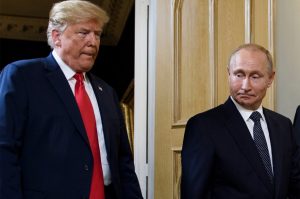 One takeaway from the Helsinki summit between Donald Trump and Vladimir Putin is that it was just lunch. That it was an anodyne exchange somewhat along the lines of the matchmaking service, which sets people up to have lunch and take things further only if the chemistry is right. If they don’t like each other, no problem, it’s just lunch.

The comparison with the matchmaking service was first made by a former Pentagon official soon after Mr Trump set about organizing a meeting with Mr Putin. Rosa Brooks, an expert on national security and now a law professor in Washington, D.C. noted the nonchalance with which senior White House officials seemed to view the upcoming summit between the leaders of the world’s two most heavily nuclear-armed countries. Mr Trump’s National Security Advisor John Bolton, who travelled to Moscow to arrange a date and venue, insisted the summit didn’t have an agenda, didn’t particularly need one, and should be seen as just a meeting. In other words, quipped Ms Brooks, it’s just lunch.

Or perhaps Helsinki could be seen as a statesman reality show, complete with pomp and platitudes about dialogue and a press conference at which the principals indulged in occasional acts of informality. Mr Trump winked at Mr Putin. The Russian president, triumphant after hosting a successful World Cup, handed over a football, which Mr Trump promised to pass on to his youngest son Barron. Then both men roundly and with faux good humour, mocked the suggestion that Russia had compromising information on the US president.

So, was it a summit at all? Ahead of the event, Jon Huntsman, Mr Trump’s ambassador to Moscow, said the Trump-Putin facetime “isn’t a summit,” but a meeting, or maybe just a “detailed conversation”. The ambassador may have been taking “summit” in the traditional sense of a carefully choreographed interaction with a clear agenda and standard “deliverables” negotiated well in advance. Helsinki 2018 clearly did not have any of these.

Of course, not all summits are consequential and holding one in the Finnish capital does not automatically make it momentous. In the past, Helsinki has hosted several significant US-Soviet summits. In 1975, Gerald Ford and Leonid Brezhnev met to agree on respect for human rights and on the inviolability of European borders, a significant moment in the Cold War. In 1990, after Saddam Hussein had invaded Kuwait, George H.W. Bush and Mikhail Gorbachev coordinated their countries’ position on Iraq. In 1997, Bill Clinton offered Boris Yeltsin membership of the Group of Seven club of advanced economies.

Nothing so grand or even considered emerged from the Trump-Putin summit in Helsinki. Instead, there’s horror from politicians, pundits and policywallahs in the US over the President’s tame willingness to accept Mr Putin’s word rather than the deliberations of US intelligence and law-enforcement agencies on Russian election meddling.

The shock and horror seems a trifle overdone. What did anyone expect? In his 18 months in office and even before, during the election campaign, Mr Trump never said a bad word about Mr Putin, Russia’s aggressive behaviour in eastern Europe, or its hybrid warfare strategy. He was hardly likely to start at a summit he sought.

To understand his unwillingness to even pretend to confront Mr Putin, one might usefully turn to a much-loved Sherlock Holmes story, Silver Blaze.

A race horse is stolen, supposedly by an unknown intruder, but Holmes directs the Scotland Yard detective’s attention “to the curious incident of the dog in the night-time.”

The officer objects, “The dog did nothing in the night-time.”

Holmes says: “That was the curious incident.”

Indeed, inaction may sometimes be as telling as action. 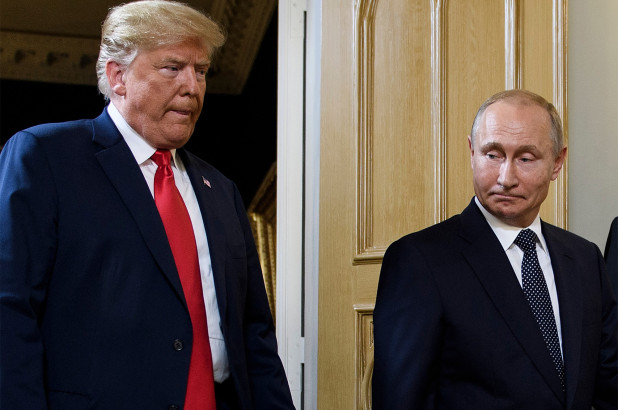