Trump’s executive orders are the damnatio memoriae of our times 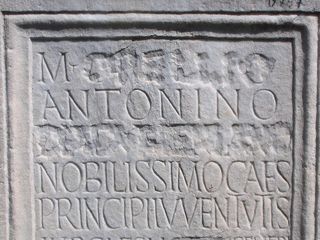 Whatever happens – or doesn’t – with respect to Donald Trump’s real and alleged misdeeds, his obsessive attempt to roll back, even to obliterate Barack Obama’s legacy (think #EPA, clean power, healthcare etc) bears consideration.

It may be small-minded but it is hardly unknown – from the earliest times.

In the days of the Roman empire, there were repeated attempts at so-called memory sanctions. This literally meant the attempt to prevent people from remembering or being able to remember someone.

As historian Harriet Flower has noted, a disgraced aristocrat in the Roman empire could be denied a funerary mask or the accompaniment of the masks of his ancestors at his burial. All portraits could be banned as well and enemies of the state were dealt with by excision from memory.

Oxford art historian Jaś Elsner writes of “a discourse of image destruction and memory erasure for those who were rivals or former favorites of emperors, including women”. There was the “destruction, demolition, and recutting of portraits in the cases of disgraced former emperors.” This damnatio memoriae (a modern term, not one used by the Romans) involved all kinds of monuments and inscriptions but “centered on statues, which might be demolished, or have their heads recut, or simply have new inscriptions added to replace those of the disgraced”.

This wasn’t far removed from Byzantine political strategy. As Professor Elsner notes, on the fall of an emperor, his images would be removed, or if his throne had been usurped, they would be replaced with images of the new Basileus.

In that sense, for one US president to roll back the orders of his predecessor is a distinctive form of damnatio memoriae, an attempted erasure from their mark on governance.