That, ladies and gentlemen, is a cucamelon. It’s on the vine in my garden. I grew it myself.

Having recently harvested a couple or three cucamelon fruit, I can report they are exactly as adverised. The cucamelon tastes like a faintly lemony cucumber and can be popped straight into the mouth as one would an olive. And yes, it looks like a watermelon the size of a grape.

For those who wonder why one would grow such an odd plant, that is the very reason. They are odd – in appearance and taste – and everyone needs something odd to round off the week.

Just as Victorian housewives got tired of ordering the same cuts of meat week in, week out and desperately wished someone would invent a new animal, those who garden long to grow new things. That might mean Black Cherry and Green Zebra tomatoes; Chioggia or candy cane beetroot; Salad Blue potatoes, or it might mean cucamelon.

In the US and UK, the cucamelon is growing in popularity as an unusual plant to have in the garden.

As they say, keep trying new things. It puts fun into the workaday moment. 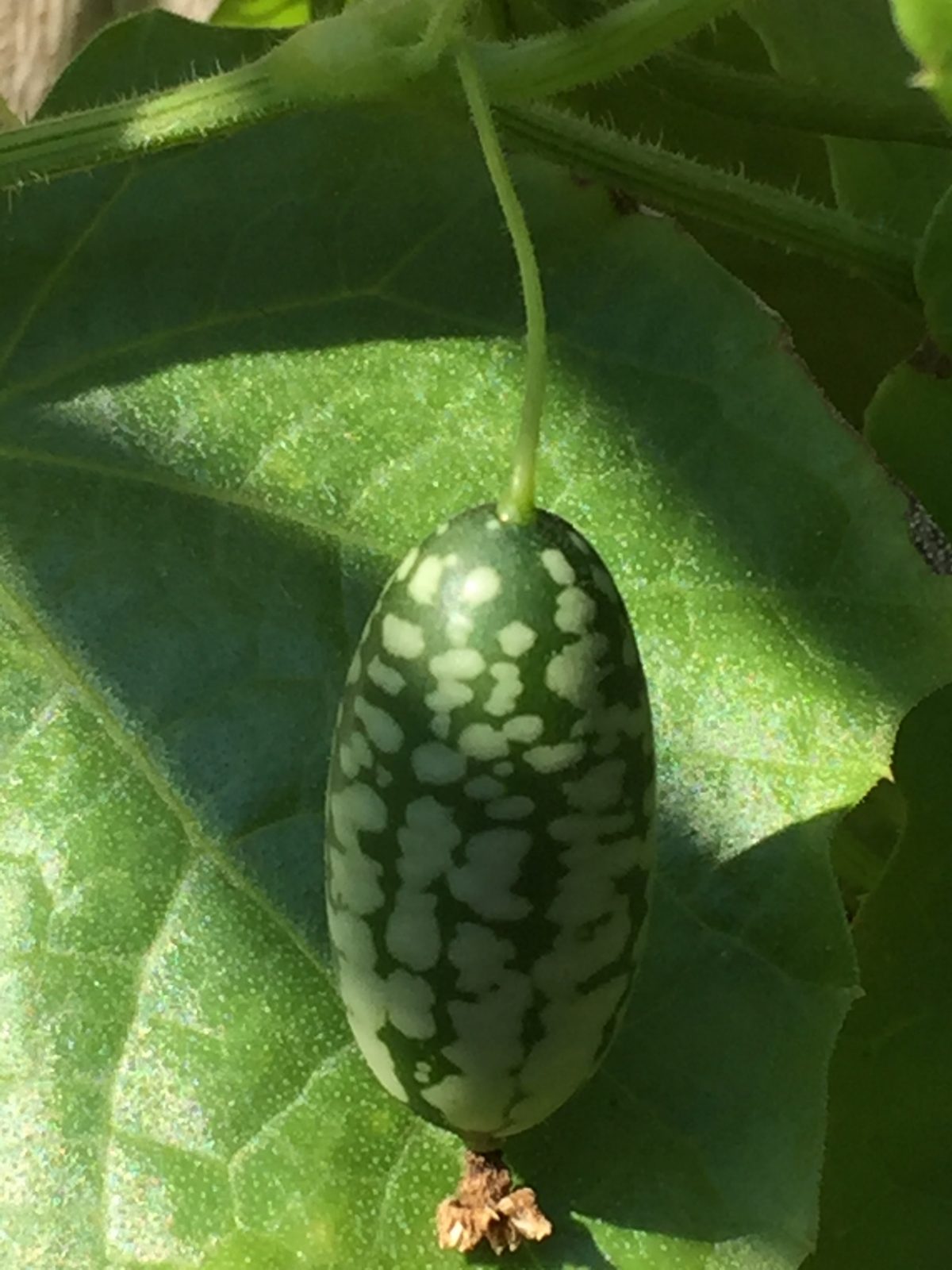