The lemon – half-peeled, glistening, “curling spirals of golden light” – caught our attention rightaway. Pieter Claesz’s massive 17th century banquet painting ‘Still Life with Peacock Pie’ featured a lemon. As did the Willem Kalf next to it. Painting after painting by Dutch still life artists of the 16th and 17th centuries featured a half-peeled lemon, lying prominently on the feasting table.

Why, we wondered? The National Gallery of Art in Washington, D.C. didn’t supply any answers (surely it is too small and irrelevant a point) but a blog on lemons did. Here’s what Toby’s handy lemon guide says (click on the link to go to the blog):

“I think it’s safe to say that no one was more enamored of lemons than the 17th century Dutch still-life painters. They painted them on banquet tables, sometimes with mincemeat pies and oysters, nearly always with wine nearby.

“The Dutch liked some lemon peel to flavor their spirits, so you’ll often see lemons near cups of wine, the fruit cut open and half peeled.  A great opportunity for those master painters to show off their talents, rendering glistening cut lemons and curling spirals of golden light.”

So, there we have it. The lemons were considered important and offered the painters a chance to demonstrate their art. 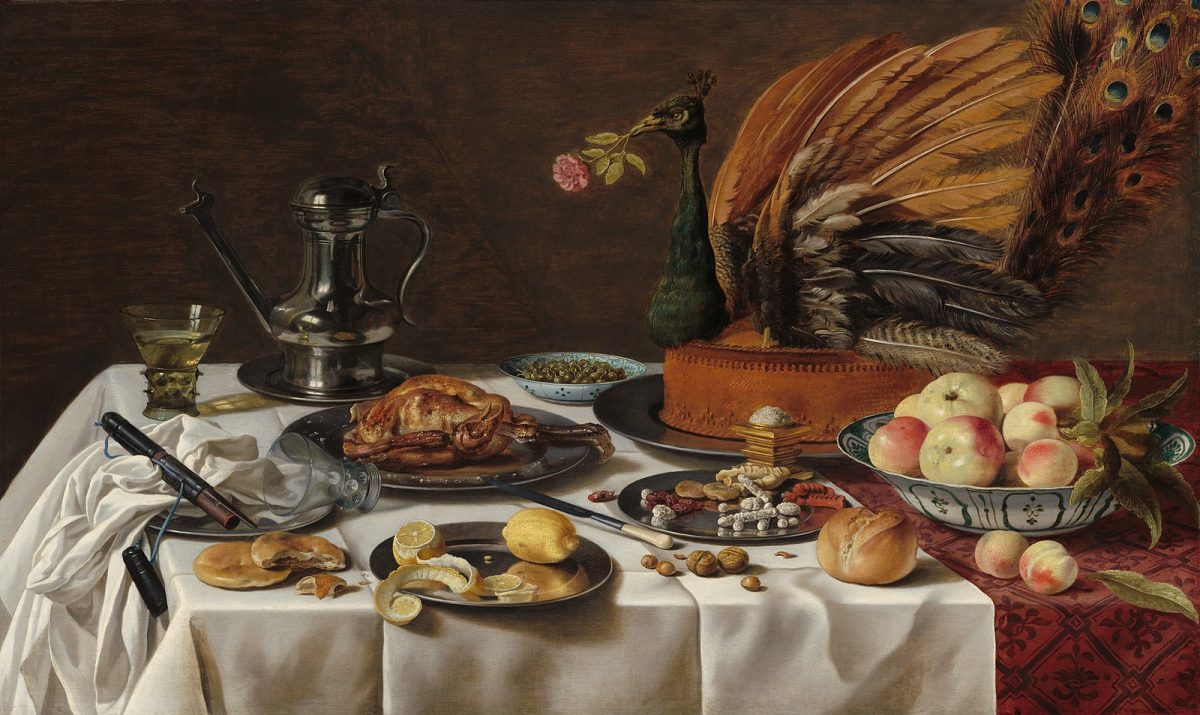