Mr Ross, who is completing his PhD in English Literature at Columbia University, writes the following:

“My own view is that the US first lady’s decision to wear a pith helmet was appropriate and should be taken seriously. The regime she represented in Kenya is a white supremacist one. Her husband campaigned successfully under the fascist slogan “America First,” and has since implemented his “Muslim ban” and encouraged the detention of migrants, including separating children from their parents and keeping them in “tender age” cages.

“The policies and ideological grounding of the current US administration – and the bogus fears animating its supporters – represent a continuation of earlier forms of imperialism. There is no attempt to disguise the fear and hatred towards people of colour, at home or abroad. The pith helmet makes the connection quite clear.”

The truest lines in those paragraphs are the fact that Mrs Trump represented a “a white supremacist” administration in Africa. And that Donald Trump’s administration is a “continuation of earlier forms of imperialism”.

Why the US media doesn’t say so is both clear and reprehensible. 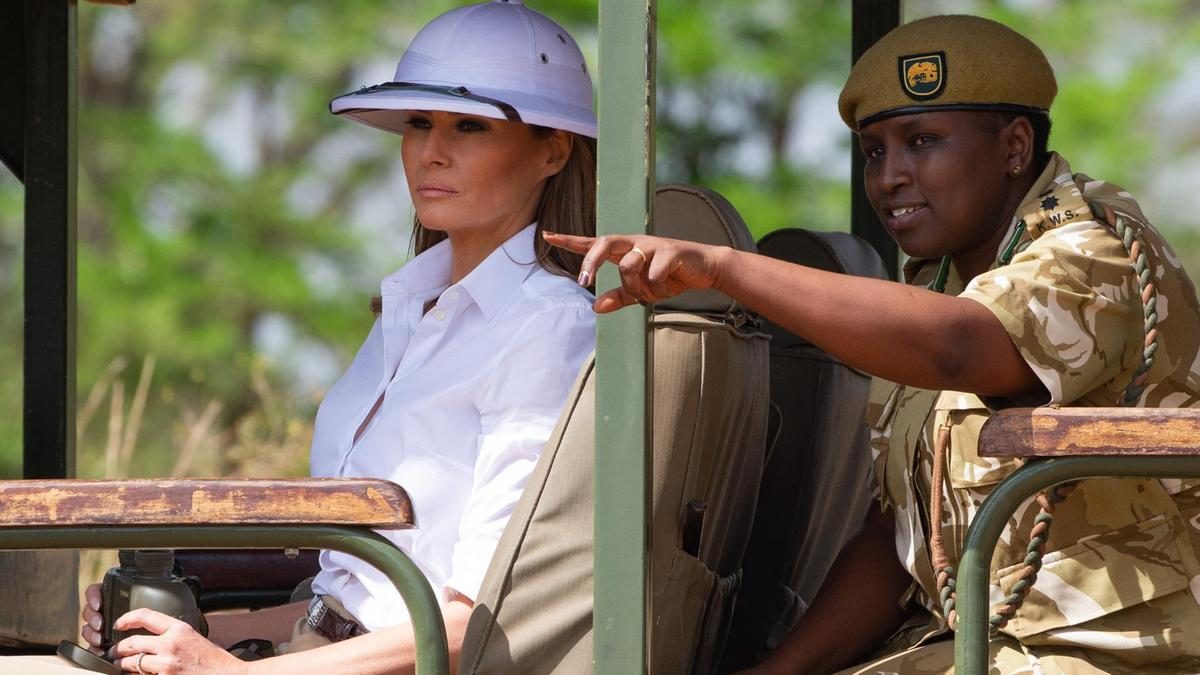