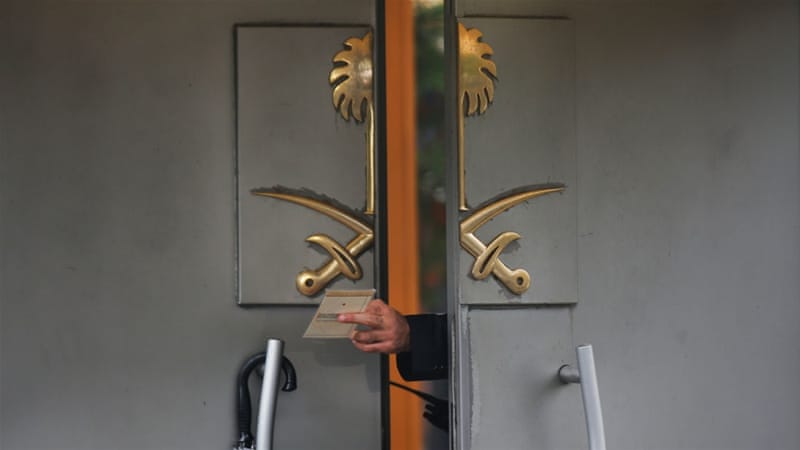 Donald Trump may be president but one has to wonder if he really thinks he speaks for America.

Americans are not so blinded by money as to not be sickened by reports of the sheer mediaeval brutality of Jamal Khashoggi’s death.

If those graphic details are correct, Mr Khashoggi died horribly and in great pain, something one would not wish on any living creature, human or animal. US and Turkish press reports are full of increasingly graphic and disturbing detail. On Wednesday night, it was reported that Mr Khashoggi’s fingers were severed during interrogation, after which he was beheaded and dismembered.

American intelligence is increasingly corroborating some of the media reports about the Saudi Crown Prince’s involvement in the matter, not least the presence of members of his security detail and intercepts of Saudi officials discussing a possible plan to detain Mr Khashoggi.

In light of the above, Mr Trump’s breezy refusal to accept the Saudi royal family’s involvement, his acceptance of King Salman and Prince Mohammed Bin Salman’s denials and suggestion there were “rogue killers” (in a consulate, for god’s sakes) is an affront. Mr Trump’s  continued harping on $110bn worth of US arms deals with the Saudis is an insult to not just American values, but human values.

Mr Trump’s emissary to Riyadh (the US still doesn’t have an ambassador there), Mike Pompeo, turned in a performance the US president would’ve been proud of. Publicly, Mr Pompeo said of the Saudi royals, “I don’t want to talk about any of the facts. They didn’t want to either.” News footage showed him nodding and smiling as Prince Mohammed spoke, hardly an indication that America’s top diplomat was demanding answers. Or that he was gravely concerned by the matter he was there to discuss.

Mr Pompeo and his boss have neither said nor behaved as one would expect of leaders and men of honour. At this particular moment, it is Tom Friedman who said what many decent, ordinary Americans (or people anywhere) might think about the matter: “…not as a journalist but as an American citizen, I am sickened to watch my own president and his secretary of state partnering with Saudi officials to concoct a cover story. The long-term ramifications of that for every journalist — or political critic in exile anywhere — are chilling.”