It won’t be too long now before we find out who exactly ordered the killing of Jamal Khashoggi.

It won’t be the Saudi Crown Prince, quelle surprise. As the New York Times reports, there will be a different scapegoat for the whole imbroglio. The evil force will be named as Maj. Gen. Ahmed al-Assiri, a high-ranking adviser to the Crown Prince, according to the paper. That, presumably, will take care of some of the more inconvenient facts, which bring Mr Khashoggi’s alleged killing uncomfortably close to the Crown Prince. Members of the Prince’s security team were in Istanbul the day Mr Khashoggi disappeared at the Saudi consulate. The Turks have just released a leaked, time-stamped photograph of one of them, Maher Abdulaziz Mutreb, entering the Saudi consulate in Istanbul just hours before Mr Khashoggi.

It’s clear where all of this is going. The cover-up is being concoted in full view of the world. The audacity of the endeavour is breathtaking. The Saudis will blame an underling, General Assiri. The Americans and much of the world will pretend to believe them. Everything will continue as before. Money has a short memory and arms and oil will continue to be bought and sold.

A superpower has immense rights but with those come crucial responsibilities. Upholding international rule of law and universal human values is part of a superpower’s job description.

There can be no dilemma about the need, nay the necessity, for America to exert moral authority.

As Noah Feldman correctly points out on Bloomberg View, most of the Americans who professionally knew Mr Khashoggi “are cynical (or, if you prefer, sophisticated) enough to understand that the death of one journalist wouldn’t ordinarily be enough to upset the national security and economic interests that have long made the US and Saudi Arabia close allies.”

That said, as Mr Feldman notes, most people know “the essential truth that every human life is equally valuable.” And even “hard-core foreign policy realists… don’t have to be totally amoral”. Mr Feldman argues too for a powerful “moral intuition” to care and speak out about a heinous wrong and to demand a reckoning.

To dismiss Mr Khashoggi as a non-American (which presumably means the US can ignore his probably gruesome extra-territorial extra-judicial death at the hands of a close US ally, and move on) is cynical, callous and immoral. 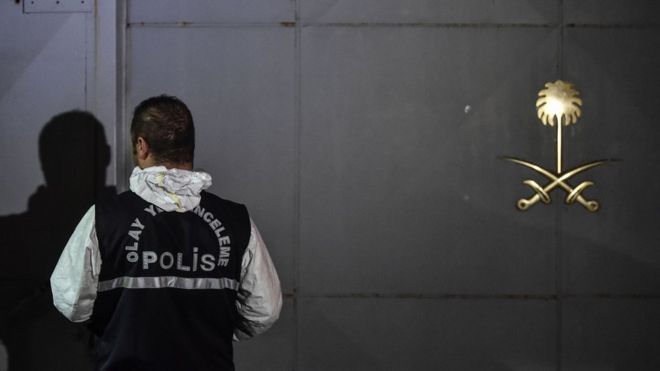