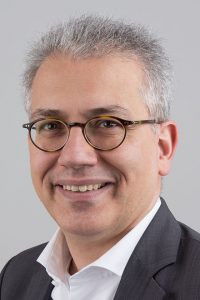 Take a good look at that face. It’s Tarek Mohammed Al Wazir, a rising star in the German Green Party and the man in the spotlight when Hesse region goes to the polls tomorrow (Sunday, October 28).

Mr Al Wazir, 47, is currently the most popular politician in Hesse according to opinion polls. He is also German-Yemeni, the dual-national son of a German teacher and a Yemeni diplomat. This makes him one of Germany’s few politicians (and possibly the only prominent one) with an Arab background.

So is Mr Al Wazir an oddity, or an opportunity for Germany?

He is certainly an eye-catching symbol of the country’s acceptance of its own people – howsoever diverse or atypical – at a time the far-right Alternative for Germany (AfD) party has made strong gains. If the Greens do well in Hesse, as the opinion polls predict, Mr Al Wazir could play kingmaker or even become state premier in an important part of the country. Hesse is home to Frankfurt, Germany’s banking and air transport hub.

Mr Al Wazir’s political high profile undoubtedly helps the 21st-century German narrative of a country at ease with itself and those within its borders. Generally, one would stop at that as all the news one needs to know. But here’s a question. Is the AfD really targeting people like Mr Al Wazir, born and bred in Germany, albeit visually different, ethnically mixed and partly of Arab and Muslim heritage? Isn’t the AfD (like other anti-migrant parties across Europe) targeting outsiders coming into the country, especially Muslims and Arabs?

To hear Mr Al Wazir tell it, he suffered from the AfD’s discriminatory politics long before the party was founded in 2013.

Growing up in 1970s Germany, he faced discrimination. He has spoken about the challenges of living in a society that labelled Italians “spaghetti eaters” and considered people like him a “foreigner”. That was presumably the case even in Offenbach, the city where he spent his boyhood. It has Germany’s largest proportion of people with a migrant background but Offenbach was probably of its times.

Happily though, Mr Al Wazir now symbolises these times. He says the Green’s rising fortunes are because they have taken a “clear stance” against the AfD. “All other parties have gone crazy about the AfD,” he told Frankfurter Allgemeine Zeitung, “we defend a society that is open to the world and multifaceted.”

Married to a Yemeni woman, and father of two, Mr Al Wazir is a strong voice for ending German arms shipments that could worsen the Yemen war.

At the end of the day, that’s a pretty standard sort of Green politics for all that Mr Al Wazir is an unusual politician. 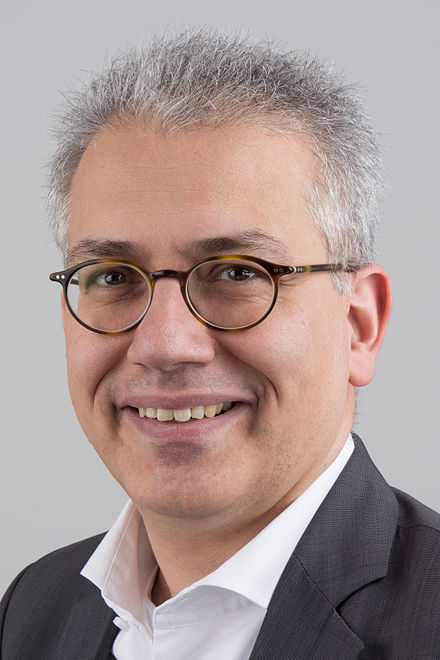