Best Friends Forever? How Israel is trying to cut the Palestinians out of friends

Most Israelis rather fancy they’re European really, and that it’s just extreme bad luck their biblical home happens to be in the Middle East. But now they seem to want to try on the role of positive ‘influencers’ – to use a hip term – in the region.

Israel has been inching closer to Arab states, doing more business than ever before with them, and displaying an unusual level of friendliness.

Last month, Israeli Prime Minister Benjamin Netanyahu met the Sultan of Oman on a surprise visit and also sent members of his cabinet to the UAE. This, despite the fact that Israel has no official diplomatic relations with Oman or the UAE.

So, what is really going on? Most of the bonhomie is said to be the result of a shared determination to contain Iran. Israel has the same rather unhealthy focus on Iran as the Gulf Arab states.

But notice something else happening? By seeking recognition and acceptance from the Arab world, Israel is increasingly shrinking the number of countries that Palestinians can decisively and absolutely claim as in their corner. 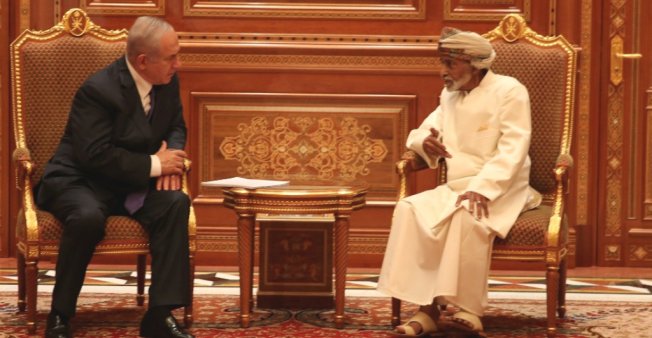