Brexit and the April showers effect on British weddings 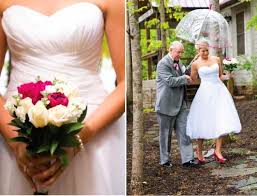 Ambrose Bierce, the American writer, once quipped that a bride is a woman with a fine prospect of happiness behind her.
Come April, if she’s British she’s also likely to be empty-handed.

Britain is set to leave the European Union on March 29, 2019. After that, the disruption to trade routes and protocol will affect bridal bouquets just as much as everything else that comes into the UK from the wider world via the EU. Flowers from Kenya, for instance, clear customs and all manner of checks in the Netherlands and are then transported to Britain.

Once Holland and the UK are divided by a new border Britain will have to negotiate a new arrangement with Kenya rather than going with the EU’s current tariff-free protocol for flower imports from that country. If there’s a time lag between a new British agreement with Kenya (or a deal with the EU that allows for the same sort of arrangement as now), flower imports will incur tariffs of nearly 7 per cent.

Obviously that would be bad for Kenya’s flower industry but it will also mean those British bridal bouquets will be more expensive.