The G20 meets, a shadow of itself, the smell of death upon it 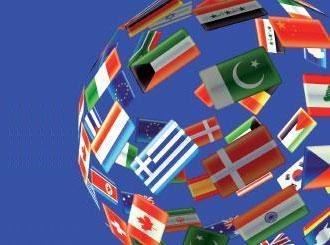 Today (Friday, November 30), the G20 summit convenes, 10 years after its debut as a leaders’ confab.

[When it was set up in 1999 the G20 was a forum for finance chiefs and central bankers from economies representing some two-thirds of the world’s population and 85 per cent of global output. It became a leaders’ summit in 2008.]

But 2018 is almost as – perhaps even more – nail-biting than 2008 when the G20 was reprised as a leaders’ forum in response to the global financial crisis.

Today, global solidarity is a shrinking sentiment. That’s not just because of China-US trade tensions, but also on account of the following: Donald Trump’s “America First” agenda, Vladimir’s Putin’s dangerous games in Ukraine, and Saudi impunity after the murder in its Istanbul consulate of self-exiled journalist Jamal Khashoggi.

The G20, as Bloomberg puts it, meets in the midst of an “identity crisis”. There are common threats, but not a sense of “common purpose”.

It’s a fair bet then that the leaders who get together in Argentina on Friday and Saturday are more likely to be trying to get the better of each other than to unite for the greater common good. The case for multilateralism may be made yet again by some of the attendees, but nationalism is being pushed so strongly by the world’s richest, most militarily powerful country, it is drowning out less fractious ideas.

Ted Truman, senior fellow at the Peterson Institute for International Economics, says that the G20 communique is less likely to be newsworthy than the “bilaterals that are held—or not held”.

Indeed, there will be two agendas doing battle at one summit – multilateralism vs nationalism.