When did Emmanuel Macron become a synonym for political insubstantiality?

It’s fair to say France’s President Emmanuel Macron may not find much to be merry about this Christmas season. The Yellow Vests protest has continued for six weeks (although sputtering now) and he’s become an object lesson in what not to look for in a leader.

Consider the following stinging comment on Mr Macron from a member of America’s Democratic Party. “The thing I fear most about Beto is that he’s like Emmanuel Macron: super charismatic, runs a great campaign, really good at organizing and really good at speeches. But then on policy he’s going to surround himself with Wall Street backers because he doesn’t have really strong ideas.”

The reference was to Beto O’Rourke, 46, the losing but charismatic Senate candidate from Texas. Mr O’Rourke is being touted as a possible Democratic candidate for president in 2020.

The Macron comparison was made by Waleed Shahid, communications director for Justice Democrats, a progressive political action committee. Mr Shahid who worked with Bernie Sanders during the 2016 election, said he couldn’t “remember anything from Beto’s campaign that seems like a big policy idea.”

That he dismisses Mr O’Rourke as a good campaigner without good ideas for government – someone, in fact, in the Macron mould – should be pretty galling for France’s youngest leader since Napoleon.

Some of Mr Macron’s detractors at home call him a con. I’d say he’s a fairly typical (and uninspiring) politician – slick but slippery. The alternative to slickness is Donald Trump – vulgar; loud about ideas that haven’t changed since the 1970s, and absolutely determined to put his regressive notions into play. 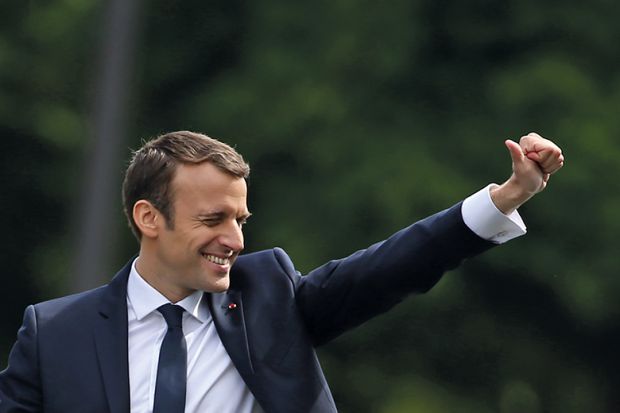