Forecast from the 1776 French Revolution: ‘The present order is the disorder of the future’

I was very struck by philosopher Srecko Horvat’s observations on the Yellow Vests protests in France. He spoke to Jacobin, the left-wing magazine based in New York, alongside Pamela Anderson, the former model and star of Baywatch. [Ms Anderson, by the way, was very articulate and passionate about Europe’s political problems and the rise of fascism and xenophobia.

Mr Horvat referred to “a beautiful and appropriate quote” by the young and idealistic Louis-Antoine de Saint-Just, who has been said to embody the spirit of the 1776 French Revolution. Saint-Just said: “The present order is the disorder of the future.”

That quote is dark and taken to mean that what now counts as order, will in the future be seen as disorder. In other words, the present order will lead to future disorder.

In the context of the Yellow Vests, Mr Horvat took Saint-Just’s comment to ask an interesting question: what if the current disorder becomes the new order of the future?

Mr Horvat’s question is worth pondering, especially in the light of a recent comment on the state of Europe by Dominique Moïsi, one of France’s top foreign policy analysts. He told Tom Friedman in the NYT that the Yellow Vests protests are significant in light of the following: with America beginning to withdraw from the world, Russia’s return with a vengeance to global politics, Germany turning inward and Italy bristling against EU spending limits and moving closer to autocratic Russia; when so many roads now lead to Beijing; and when the UK is hellbent on suicide, “suddenly what happens in France goes beyond France. We are the last barrier protecting the European idea. If Macron fails, it can bring the end of Europe.”

Or what now counts as order will in the future be seen as disorder. “The present order is the disorder of the future.” 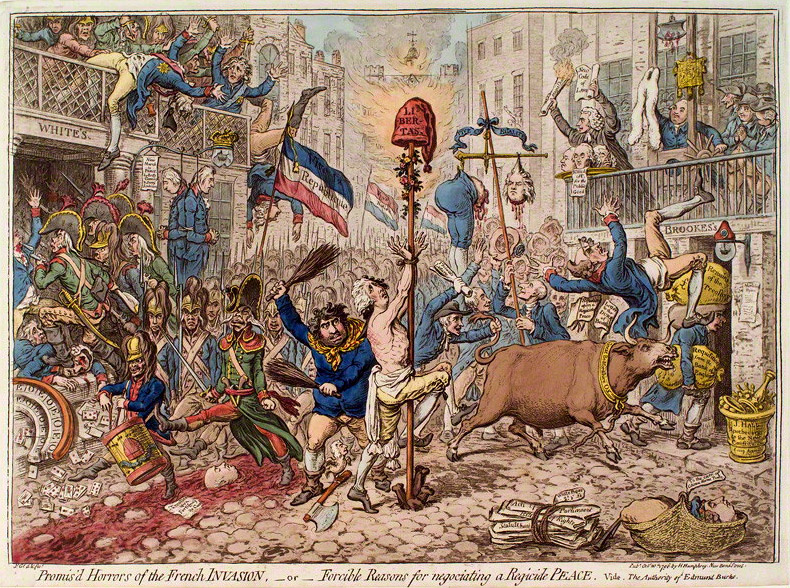