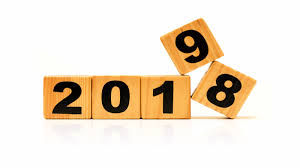 It’s going to be a politically busy 2019 though there’s no certainty it’ll be a happy new year.

On New Year’s Day, Jair Bolsonaro was inaugurated president of Brazil. The man dubbed the “Trump of the Tropics” has promised to “break the system”, but that might be more the mould – democratic norms etc – than the persistence of corruption and violent crime. 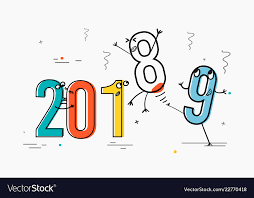 January 11 is the date US federal workers should get their first pay cheque of the year. But there’s no sign of a political resolution of the government shutdown over funding for Donald Trump’s nonsensical border wall.

Then there’s Brexit to get out of the way, one way or the other. Next week, that fight is going to get serious with MPs set to debate Prime Minister Theresa May’s Brexit deal again.

And finally, key elections are due in 2019, not least in three giants of their own regions – India, South Africa and Nigeria.

First off, Nigeria, the giant of Africa. It will hold national and state elections in February and March 2019. Voters get to choose a president, governors for 29 of the country’s 36 states, and federal and state legislators countrywide. President Muhammadu Buhari will face a stiff challenge from Atiku Abubakar of the People’s Democratic Party (PDP), which dominated Nigerian politics for 16 years from 1999.

The problem with a Nigerian election is the risk of violence. The independent NGO International Crisis Group has pointed out that Nigeria’s last three elections have been deadly with more than 100 dead during and after the 2015 polls. And that was considered peaceful compared to the previous two.

India is next up on the 2019 election calendar with polls due in April/May. Until recently, Prime Minister Narendra Modi and his BJP were seen as almost unbeatable but 2018 ended with the party losing some key state-level elections. This means the 2019 general election will be hard-fought. Worse, it is likely to see hardline Hindu nationalists play up divisive issues, while Mr Modi and his party veer further to the right to consolidate the base.

And then there’s South Africa, which is due to hold its sixth general election since the end of apartheid sometime after May 7, 2019, but definitely before May 31. Whatever happens, it is likely to be a game-changer for a country that transitioned to a “non-racial” democracy 25 years ago (as of 2019). Post-apartheid South Africa reposed its trust in the governing African National Congress, which deems itself the party of national liberation. The ANC has won every election since 1994 but it is tarnished by corruption and poor governance associated with its former leader and former South African president Jacob Zuma. This may result in a lower share of the vote than usual, pushing South Africa into the era of coalition government.