‘Putinitis’ re-imagined in the Democratic Republic of Congo?

And a senior advisor to Mr Kabila quickly accepted the election results on January 10. As of late on January 10, the DRC’s strongman wasn’t challenging the result.

What does any of this mean?

Wasn’t Mr Kabila, who took power in the Democratic Republic of Congo in 2001 after the assassination of his father Laurent, supposed to be doing a Putin? Wasn’t he supposed to be merely pretending to exit office and do a faux handover of power? Wasn’t Mr Kabila supposed to be imitating Russia’s Vladimir Putin by finding a pliable successor who would do as he was told and keep the seat warm for the Bossman to return to power?

Didn’t Mr Kabila say, days before the election, that he wasn’t ruling out another run for office in four years?

So, why is Mr Kabila now seemingly happy to accept the electoral commission’s announcement that Felix Tshisekedi has won the election?

Why is he not pressing the case for Mr Shadary, his former interior minister?

And why, as the Washington Post reported, did Mr Tshisekedi remain “strangely silent… throughout the election, as irregularities kept coming to light?” The paper adds:”Rumors are rife that Tshisekedi has made a power-sharing deal with Kabila. The thinking goes that neither Kabila nor his preferred successor, Emmanuel Ramazani Shadary, were popular enough to score a legitimate victory and keep power in the hands of the ruling party. Instead, a pliant Tshisekedi was offered the presidency in return for going along with the whole sham.”

So Putinitis covering not one, but two election candidates? An African re-imagining of the model? 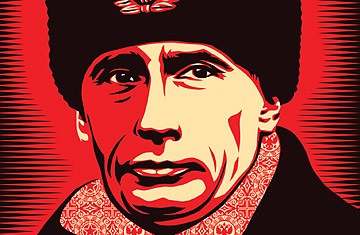