The beginning of the end of American power? – Part I 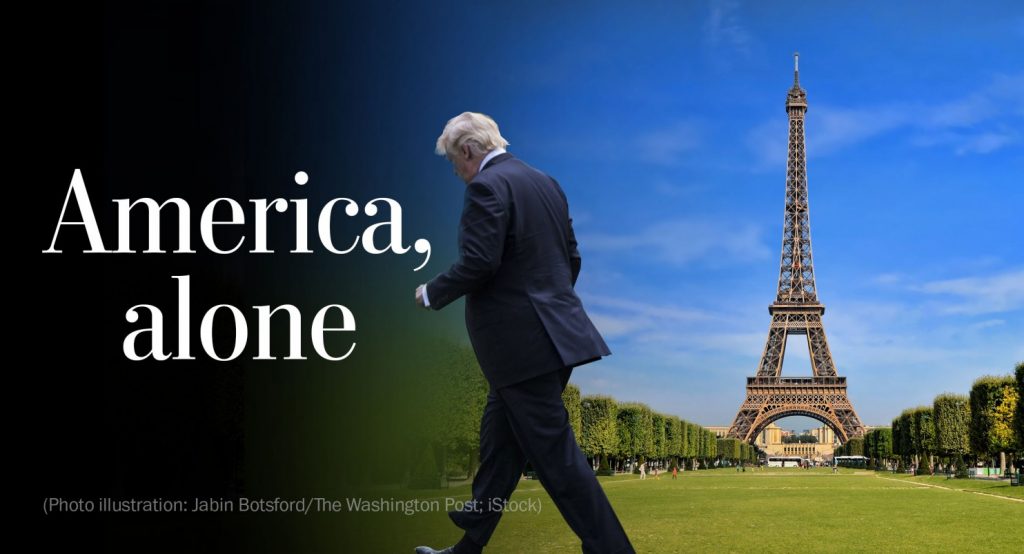 Mr Trump, it’s fair to say, has managed a number of surprisingly close relationships with people whose behaviour previous American administrations would have sanctioned, lectured, or severely ignored.

But what of the state of America? How is the United States doing nearly two years into Mr Trump’s presidency?

The US, it’s fair to say, is being handled very very carefully by friends and allies. The attitude is akin to watching your rich kind old uncle from whom you hope to inherit (or at the very least have room and board for a while) go mad and wave a gun at you over Christmas dinner. You can’t do very much . but grin and bear it. You can pretend it isn’t happening, or at the very least, that Uncle isn’t really a threat and won’t shoot you dead.

America is so rich, so powerful, and so addled under Trump, it is as if the wider world is forced to watch the wealthy mad uncle with sad dismay.

Anyway, here’s what the US has been doing in occasional moments of lucidity. It played a somewhat schizophrenic role at the climate change talks in Katowice, Poland. Even though it promoted fossil fuels and rejected climate change scientists’ newest warning, US officials hammered away at getting the Chinese to agree to transparent rules.

No one can afford to ignore America – not yet. But retired US general James Jones, President Obama’s national security advisor and outgoing chairman of the Atlantic Council, recently captured the sense of a fading era.

“It’s historical fact that great nations and empires all have a beginning and an end,” General Jones said in a speech at the think tank. “There’s a naive belief in our country that there’s some sort of destiny, that the primacy of the United States is ensured for some reason forever. I don’t think that’s the case.”

Time will tell but if history is any guide, General Jones may be right.