The blowback from actions of and for Israel is tragically to be seen in parts of Africa.

On January 20, Chadian nationals serving as UN peacekeepers in Mali were killed by Al Qaeda. A branch of Al Qaeda claimed the attack and said it was in response to Chad’s resumption of diplomatic relations with Israel.

And Al Shabab, the Qaeda chapter in East Africa, claimed the January 16 attack on a Nairobi hotel was in retaliation for President Trump’s decision to move the US Embassy in Israel to Jerusalem.

The significance of this is obvious. While it initially seemed that Donald Trump’s December 2017 unilateral embassy move from Tel Aviv to Jerusalem triggered little fire and fury, it has lit a fuse in the extremist world.

They have a new focus. It is Israel’s muscular diplomacy,  its new strength as a result of Mr Trump’s unashamed favouritism, and Muslim-on-Muslim attacks against those inclined to deal with Israel.

The attack on the UN base in Mali occurred on the very day Israeli Prime Minister Benjamin Netanyahu visited Chad in order to restore diplomatic relations after nearly 50 years. Mr Netanyahu’s visit came nearly three months after Chad’s President Idriss Deby visited Jerusalem. The “breakthrough”, as Mr Netanyahu calls it, is significant in itself. Chad is a Muslim-majority country in central Africa, and borders Libya and Sudan. It broke off relations with Israel in 1972 as a result of pressure from the Arab world. In recent times, Chad has played a key role as a partner of the United States and north African countries in the fight against jihadist groups such as Boko Haram.

The Nairobi attack came two years after the alleged triggering event – the transfer of the US embassy to Jerusalem.

The Islamist fuse has been lit. 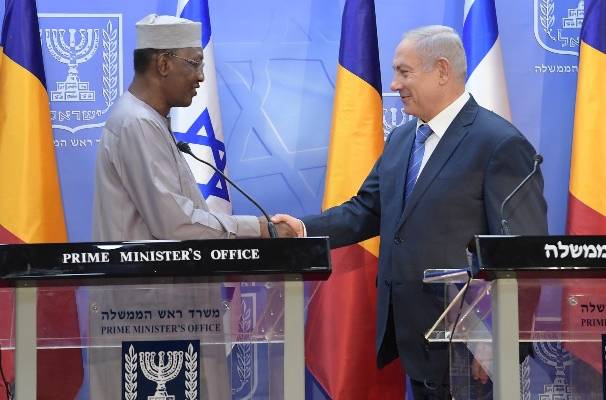