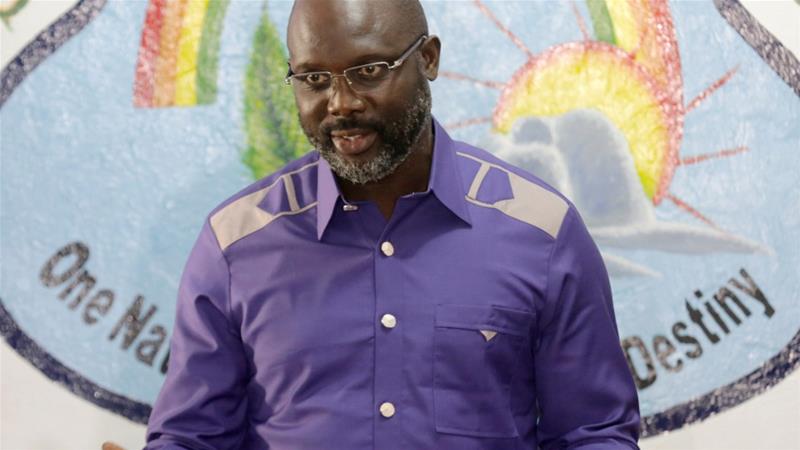 Angola is a good news story from Africa. Not so Liberia, which had its first peaceful handover of power last year, since the end of the Liberian civil war. But Liberia has made little headway since on its problems.

Footballing hero George Weah was elected president in January 2018 and he’s not managed to meet the high expectations about tackling corruption and boosting the economy.

As a Chatham House expert comment put it, Mr Weah’s election was “widely hailed …as a victory of the people over a political system viewed as ineffective (at best) or corrupt (at worst)” but he has struggled with entrenched interests and demands of patronage. Elizabeth Donnelly,

Deputy Head of Chatham House’s Africa Programme, and Geraldine O’Mahony of Central Washington University say Mr Weah’s first year in office has been “haunted by the old guard of Liberian politics, hampered by limited resources and dogged by controversies over missing money.”

So what went wrong?

Initially, President Weah seemed to be on the right track. Within hours of assuming office, he issued a new-broom ultimatum. Outgoing government ministers and civil servants had to return government equipment and cars, or face arrest.  The president himself took a pay cut. Biometric IDs were planned for government employees so that ‘ghost employees’ could be taken off the fattened rolls.

But, as the Chatham House analysis points out, the rhetoric conflicted with reality. Mr “Weah is surrounded by people linked to past corruption and mismanagement, or with ties, directly or indirectly, to key figures in Liberia’s civil war.” Two of these are former rebel leader Prince Johnson and Mr Weah’s vice-president Jewel Taylor. The latter has links to war criminal Charles Taylor.

This may be the price of getting things done in Liberia, but it’s still unacceptably high. As the analysts point out, the alliances “highlight unresolved issues around justice and war crimes”. They ensure continuity wins out over change.

Liberia desperately needs change. Half the Liberian population lives below the poverty line. According to the World Bank, only five per cent of Liberia’s 11,423 kilometres of roads are paved, and many are often impassable in heavy rain.

Continuity isn’t something it can afford.