A Valentine’s Day story with a difference: Life’s complicated

One of the most enchanting if non-traditional Valentine’s Day stories is here. It’s an account in the Washington Post’s magazine on “teen lovebirds” who reunited (sort of) after last seeing each other in 1952.

Marilena Lerario, 80, and Aldo Sportelli, 82, were teenagers when they met in Polignano a Mare, Italy. She was visiting from Sao Paulo, Brazil, where her rich grandfather had settled, having left Polignano a Mare, his hometown, an illiterate fisherman.

Marilena, then 15 and Aldo, 17, liked each other but the budding romance was scotched. According to the Washington Post account: “My grandmother’s family was not happy with the budding romance. For a fisherman turned cereal magnate, the son of a hotel owner was not what he had in mind for the family heiress. Aldo’s mother eventually sat him down and told him the social distances between him and Marilena were too large to bridge. ‘At that time, I thought they were right,’ Aldo recalls.”

More than six decades later, they found each other again. Or at least Aldo did. He managed to trace Marilena, rang her in Brazil and they caught up on the lives they had lived: “both married for half a century, my grandmother widowed, Aldo’s wife in the last stages of Alzheimer’s, kids, grandkids, careers — and of course they spoke of Polignano a Mare, the town where it all began.”

Soon, they were speaking every day, then Skyping and finally, Marilena went to Polignano a Mare, along with her daughter and some other members of her family. A tender and generally happy re-union followed. “Both of them wore their wedding rings and matching hematomas.” And then she left to return to Brazil. The final moments of their face-to-face meeting are described as follows: “Aldo took my grandmother’s hand in his. ‘Now, I will do the hardest thing: Turn around and walk away,’ he said. But my grandmother didn’t allow herself to indulge in the finality of the moment. She gave him one last hug, and, as we walked away, she held up her phone and said: ‘I’ll see you tomorrow’.” 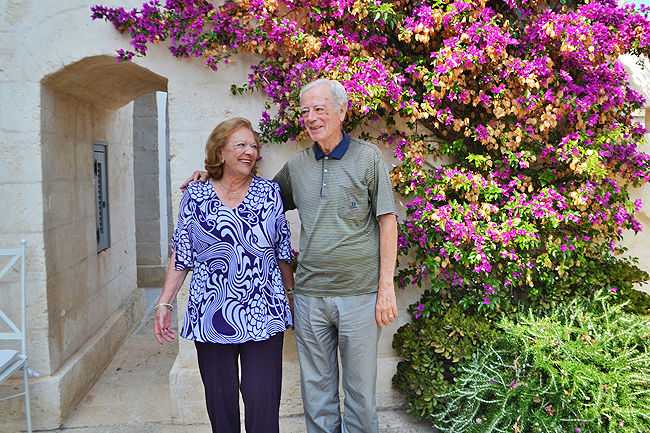