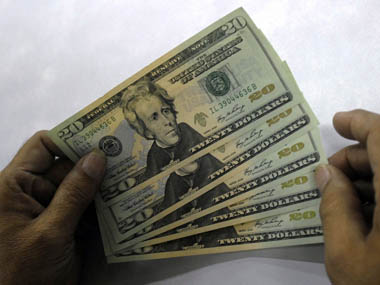 Is 2019 the year de-dollarisation goes from being a crackpot Russian idea to something with real structure that the wider world can buy into?

Perhaps. France, Germany, and the United Kingdom have launched a barter-based system to trade with US sanctions-hit Iran. Instex, Europe’s Instrument in Support of Trade Exchanges, is the first state-owned trade intermediary of its kind. It is also the first real challenge to the dollar since the 1944 Bretton Woods conference gave the US currency the dominant position in the world economy.

Europe’s new non-dollar financial tool is different from other scattered attempts to bypass the greenback. By the mere fact that it exists, Instex has struck a blow for economic sovereignty against increasingly restrictive American stewardship of the world economic order. In real terms, it has the potential to liberate not just Europe but any country chafed against the straitjacket of US sanctions against Iran.

India is a case in point. Iran is its third major supplier of oil after Iraq and Saudi Arabia. The six-month US waiver granted to India and seven other countries for limited oil imports expires in May. But Instex, which will be headquartered in Paris, could nullify the need for American waivers or compliance with US import restrictions. And India is heavily invested in developing the Chabahar port in south-eastern Iran that opens a new strategic transit route between India, Iran and Afghanistan. Were Instex to become operational and expand, as European officials have suggested, to non-European countries, India’s legitimate engagement with Iran could proceed on its own terms, without the threat of secondary US sanctions.

Accordingly, Europe’s non-dollar channel for legitimate trade with Iran should be seen for what it is –as a political statement of intent. It signals the depths of European anxiety over punitive US unilateralism and could be the start of a wider, Europe-led rebellion against swingeing US extra-territorial sanctions in pursuance of controversial geopolitical goals. At present, Instex will facilitate trade with Iran in “essential goods”, mostly European exports of food and medicine that are not sanctioned by the US. But it has room to grow.

The symbolism of Instex’s launch is striking. It was announced in the first month of the new year, albeit on January 31. With that, London, Paris and Berlin — the three European capitals at the heart of the trans-Atlantic alliance — made clear that 2019 and beyond would not be American-ordered business as usual.

Their determination to chart a different course is apparent in the way Instex has been set up. The E3 governments are shareholders and they have thrown a diplomatic shield around it. Senior British, French and German diplomats will sit on its supervisory board. Instex is to receive the formal endorsement of all 28 EU members. France’s foreign minister Jean-Yves Le Drian has publicly described the creation of Instex as “a political act”.

Indeed, its political implications are significant. The E3 do not agree with America’s abrupt withdrawal from the Iran nuclear deal, which they originally facilitated a decade ago before its 2015 signing. Britain, France and Germany also believe it is wrong for Trump’s America to relegate Iran to economic purgatory when it remains in compliance with the terms of the nuclear accord, as the UN’s atomic agency has repeatedly certified. Although the EU just like the US, is wary of Iran’s regional adventurism and missile programme, it sees no purchase in isolating Tehran. Instead, Europe wants to draw Iran deeper into global institutions, such as the Paris-headquartered intergovernmental Financial Action Task Force (FATF), which combats money laundering and terrorism financing. In late 2018, Israel signed on to FATF and Iran is actively considering membership too.

Europe’s need to push back against Trump’s weaponisation of the dollar is increasingly urgent. Germany, for instance, is worried about the possibility of secondary US sanctions against Russia. These could imperil EU-Russia trade more generally and a massive Russian project, the Nord Stream 2 natural gas pipeline in particular. The $11-billion pipeline, which would send Russian gas to Germany, involves several European companies.

Clearly, Instex is a dual-purpose vehicle, capable of serving both economic and political goals. Its launch is being read as a challenge to the American hegemon’s hubris and overreach with Chinese foreign ministry spokesman Geng Shuang welcoming “the EU’s determination to uphold multilateralism”.

The larger context is worldwide economic uncertainty as the US withdraws from steady engagement. Kaushik Basu, former chief economist of the World Bank, recently noted the likelihood of the world economy remaining encumbered by the combination of “economic interconnectedness and political balkanization.”

Instex lays down a marker for economic interconnectedness as political balkanisation proceeds apace.