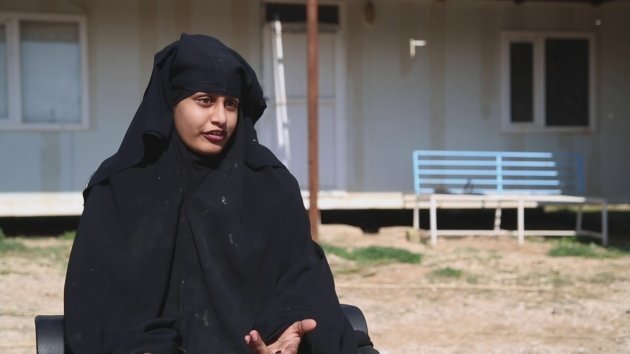 Is Britain any safer now that Shamima Begum’s citizenship has been revoked? The answer has to be ‘no’. Remorse or not, there should never have been any question about whether Shamima Begum of Bethnal Green would be allowed back into Britain. Certainly, so drastic a measure as to revoke her British citizenship reflects poorly on a country that regularly requests others to repatriate their illegal immigrants.

In May, a proposed bilateral deal for India to facilitate the return of thousands of its illegal immigrants ran into trouble partly because New Delhi considered some of them a security risk. The same sort of consideration — only heightened because of the Isis connection — seems to have come into play during Shamima Begum’s case, going by the comment recently made by Alex Younger, head of MI6, that Britons who went to join Isis are “potentially very dangerous”.

That possibility cannot be denied. But there were other ways Begum’s story could have unfolded too.

Just 19 now and having left the country four years ago to join Isis in Syria, Begum could have been a suitably high-profile candidate for rehabilitation. In recounting the lived reality of the so-called caliphate — decapitations, and surely beatings, violence and much else — she might have been able to shatter the illusions of those prone to believing jihadist propaganda.

Having lost two infants while living in the caliphate, and now reduced to tending a newborn in a Syrian refugee camp, Begum could have served as an authentic warning to other impressionable young Britons of the perils of heeding the call of ideologically perverted groups. She might have been a poster girl for British decency and dogged determination to do the right thing for its own people.

Shamima Begum might, in short, have become a powerful tool for the wisdom and humanity of countries like Britain, which uphold the rule of law.

Had none of the above worked out — say, because Begum was not disposed to truly renounce the sympathies that drew her to Isis in the first place — she could still have been allowed to return to the UK and then been tried.

John Walker Lindh, dubbed the “American Taliban”, whose release from prison in the US is due in May, is a case in point. In the fraught weeks after 9/11, when US forces were fighting to overthrow the Taliban in Afghanistan, Lindh emerged with other Taliban fighters from a bombed prison in Mazar-i-Sharif and into the glare of American cameras and hostility.

Even though many Americans were appalled at the thought that one of their countrymen had volunteered for al-Qaeda, met Osama bin Laden and fought alongside the Taliban, Lindh was returned to the US. Many sought revenge and there were questions if a treason charge could be brought, which might have carried the death penalty. As it turned out, Lindh pled guilty as part of a plea bargain.

The point is that America never really questioned Lindh was one of theirs and that he had to be brought back to the US and tried. The only issue was whether it should be on Guantanamo Bay, like other al-Qaeda members, or before a US civilian court. Eventually, it was the latter because he is an American citizen.

In Donald Trump’s America, Lindh may no longer be a template for how to deal with citizens who made common cause with jihadist groups. Hoda Mothana, the 24-year-old New Jersey-born daughter of Yemeni immigrants to the US, joined Isis four years ago but now wants to return home. Pleading for a chance to leave al-Hawl refugee camp — the one where Shamima Begum is ensconced — Mothana has said she is full of regret. But she’s described by journalists who interviewed her as painfully conscious that the Trump administration has little interest in facilitating her return to the US, despite America being a country famous for affording “second chances”.

According to some accounts, in his 17 years in prison, John Walker Lindh has neither repented his actions nor expressed remorse. But there are others who saw the light, not least Tania Joya, who grew up in Harrow, northwest London. Joya married an American Muslim convert who became a leading Isis militant. Having escaped Syria six years ago, she now lives in Texas with her second husband and helps other former Isis wives and jihadists. She recently called for Britain to allow Shamima Begum to return in order to “rehabilitate her and teach her about secular humanism and western principles”.

It is those western principles of secular humanism that are called into question when European nationals are deprived of their citizenship or blocked from returning home to face the consequences of their actions.