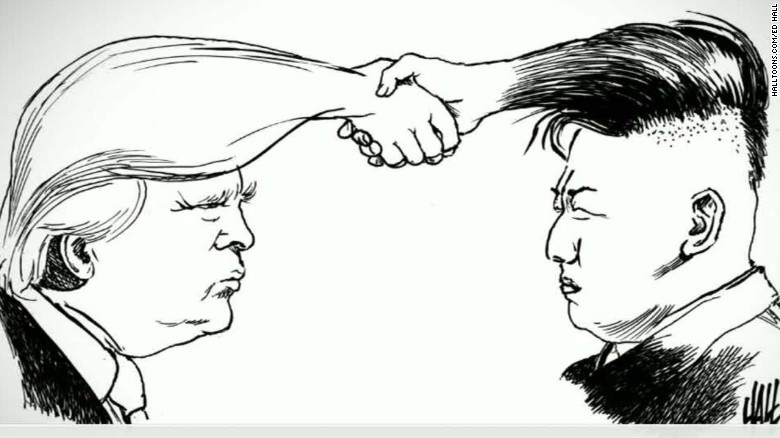 Even before Donald Trump met North Korea’s Kim Jong Un for the second time, it was clear what they wouldn’t be talking about.

They wouldn’t discuss North Korea’s continued sale of arms and chemical weapons material around the world.

As ‘Foreign Policy’ has reported, a 350-page assessment by a panel of UN experts shows that “Syria has emerged as one of Pyongyang’s largest conduits for the sale of military equipment throughout the Middle East and Africa, as well as chemical weapons materials. Operating through a Syrian arms dealer, North Korea has supplied arms to Yemen’s Houthi rebels, as well as clients in Libya and Sudan, according to a diplomatic source who detailed the report’s findings for ‘Foreign Policy’.”

As it turns out North Korea is conducting much that sort of destabilising activity and more, or so the UN says. Additionally, it’s engaged in malicious cyber-activities against other countries. And it has not been loathe to conduct a well-documented program of assassination abroad for many years, allegedly including the 2017 killing of Kim Jong Nam, Kim Jong Un’s half-brother.

‘Foreign Policy’ magazine put the UN report in context with the help of Bruce Bechtol, a former US military intelligence officer who has studied previous versions of the UN report and is the author of the 2018 book ‘North Korean Military Proliferation in the Middle East and Africa’.

Mr Bechtol is quoted to say: “As far as weapons proliferation goes, I know nothing that has stopped. North Korea also continues to proliferate weapons and to train government forces for several nations in Africa”.

That said, North Korea’s arms sales (to groups in the Middle East, for instance) are more of a money-making venture than a venture to gain ideological dominance, as Bruce Klingner, a former CIA deputy division chief for Korea, told ‘Foreign Policy’.

Does that make them better? Is it somehow better for North Korea to do things for money rather than its own moral beliefs?

In the final analysis it doesn’t matter. Whatever the distinction between North Korea and Iran, Mr Trump wouldn’t have raised the matter with Mr Kim.