A blow to the Trudeau brand

Have you been following Justin Trudeau’s decline and impending fall?

If not, here’s a thumbnail sketch. After Mr Trudeau, son of former Canadian prime minister, Pierre, was elected in 2015, he became the poster boy for the 21st century. He picked a cabinet that would not have been out of place in a Benetton advertisement – there was a Sikh, an Afghan woman refugee, a differently abled person and a member of the First Nations. He suggested Canada was confident about itself and warm and welcoming towards the world. It would take in Syrian refugees with grace and generosity of spirit.

Now, with seven months to go before Canada’s next national election, Prime Minister Trudeau is embroiled in a huge political scandal. Two members of his cabinet, both prominent women, have resigned. So has his closest adviser. The time is come for Mr Trudeau to explain why he really did nothing wrong in trying to head off the criminal prosecution of a big Montreal-based company.

The crisis began with a report in The Globe and Mail newspaper. It said former justice minister and attorney general Jody Wilson-Raybould had been put under improper pressure from the prime minister’s office with respect to SNC-Lavalin. The multinational engineering firm had business dealings in Libya. The report said Ms Wilson-Raybould was being asked to reach a settlement with it rather than prosecuting the company, which could have led to conviction and barred it from government contracts for a decade.

Ms Wilson-Raybould, who’s of indigenous ethnicity, has since testified to a parliamentary committee. She said Mr Trudeau and his aides pressed her not to prosecute the firm on account of its threat to slash thousands of jobs or to leave Canada altogether. Then another high-profile minister, Jane Philpott, resigned saying she had lost confidence in the government’s handling of the affair. Mr Trudeau has always denied he did anything wrong. He has said his conversation with Ms Wilson-Raybould about SNC-Lavalin was well within the rules. Those who support Mr Trudeau point out that charges weren’t ultimately dropped against SNC-Lavalin and that it would hardly be unusual for a prime minister to be concerned about the threatened loss of thousands of jobs.

But as The New York Times has editorialised, the issue “was never about dropping charges. Instead, it was about allowing the firm to pay a fine instead of facing a criminal prosecution.” The whole affair, the paper added, “is unavoidably measured against the expectations Mr Trudeau raised and the standards he set.”

This is a blow to the Trudeau brand. 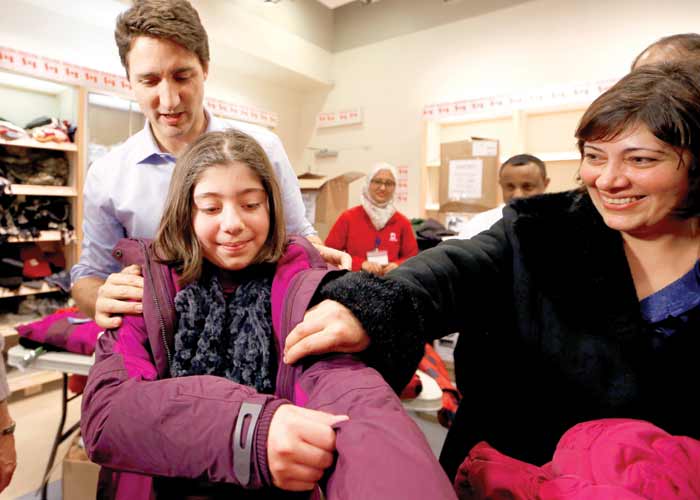