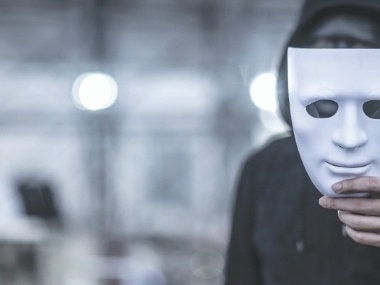 Despite the concentration in London of a clutch of rich and flamboyant Indian fugitives from the law, the British capital may not be the best place in the world to seek refuge.

The best hideouts don’t compete to be capitals of cool. They don’t have a fashion week, world-class museums and a heaving tourist season. They aren’t the world’s nukkad. Mostly, they don’t feature in Top 10 lists of iconic cities to live and work or hide. In other words, they attract less international scrutiny and consequently, they might work best of all.

Lyon and Marseille have a lot to offer. One of the largest cities in France, Lyon is populous enough — more than two million in the urban area — to allow for anonymity. It is vibrant in terms of business and culture. Marseille is similar in terms of a large population and even better than Lyon because it’s on the Mediterranean. Along with good beaches, Marseilles has a good business vibe.

Those fleeing the long arm of American law — with its power to freeze bank accounts — often head to Brazil. That’s not just because it’s in the same hemisphere as the United States. Brazil, big and populous, has attracted many fugitives from elsewhere over the years.

The port city of Belem is the so-called “entrance to the Amazon” and has a busy airport, bus station and water routes. As one of Brazil’s most populous cities, it is relatively easy to get lost (especially for brown-skinned folks). As the first European colony on the Amazon River, Belem has some traditional, colonial architecture. There are also many beaches for lotus-eaters.

Salvador, founded by the Portuguese as Brazil’s first capital, has good beaches, music, food and cultural offerings. Fugitives might want to stay away from its carnival, touted as the world’s largest street festival. But Salvador’s two-million-strong population assists with the need for anonymity.

Andorra has two natural havens, its capital Andorra la Vella and Escaldes-Engordany. Squeezed between France and Spain, this tiny country counts tourism, skiing and shopping as sunshine sectors. Escaldes is famous for its natural hot spas.

It has only 14,000 people but tourists make for a sizeable floating population and that priceless prospect of anonymity for those who desire it.

Andorra la Vella — population roughly 20,000 — is a bit more populous than Escaldes. Overall though, you are pretty safe in Andorra.

It doesn’t have an extradition treaty with the US or even a consulate; so, it’s one of the rare, scenic places on the planet that escapes the long arm of American law. Handy for those who fear US sanctions.

Finally, there is Spain

Lots of sun and relatively isolated from mainland Europe, Spain and its islands have 8,000 km of coastline.

Spain borders Gibraltar and Andorra, both traditionally considered tax havens. To the south is north Africa and there are two Spanish enclaves — Ceuta and Melilla — on African soil.

According to Ricardo Magaz, a professor of criminal phenomenology at Madrid’s Uned-IUGM university, Spain has often been said to harbour the largest number of foreign fugitives in Europe. Things have changed in the past decade or so with Spain’s anti-terrorism department and the unit that fights organised crime merging in acknowledgment that jihadist activity is frequently financed by crime.

But overall, Spain’s manana culture, the procrastinating belief everything can be left to tomorrow, renders it ideal for those who prefer not to be bothered by the authorities.