Today, April 4, is the big birthday of a great big organisation. The North Atlantic Treaty Organization is 70 years old and as with anything old – people, things, institutions – its relevance is being questioned.

But despite US President Donald Trump’s scepticism about NATO, the organisation is in pretty good health. It’s soon to have a 30th member – North Macedonia – which simply shows that the appeal of a mutual defense pact has not waned in Europe.

Russia can take some of the credit for NATO’s surprising vitality in venerable old age. Unwittingly, it has given NATO a purpose for being, even after the end of the Cold War. The sense of threat from the Russian bear has surged in the past decade. There was the 2008 Georgian war, the 2014 annexation of Crimea, warfare in eastern Ukraine, and Russian meddling in Montenegro, Greece and other Central European countries.

But might there be something else too about NATO, an alliance that has unusually got to the second half of a century. As an oft-quoted 2010 study by the Brookings Institution said, the world saw 63 major military alliances in the past 500 years. But only 10 lived beyond 40 and the average lifespan of collective-defence alliances was 15 years.

Perhaps it’s because NATO (like Madonna, the singer) has been able to re-invent itself in all sorts of ways. 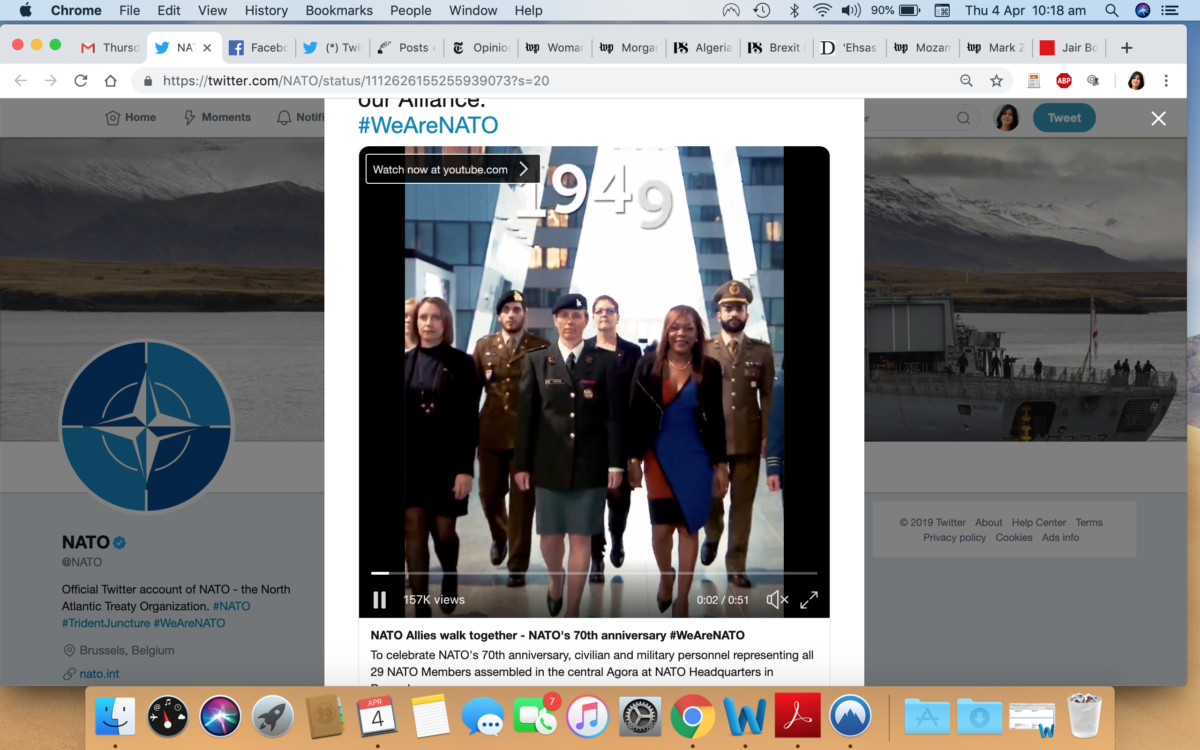