Performance art form that’s stripped down to the basics

Australian comedy promoter Simon Morley has made a career out of playing with himself. His show, which describes itself as a “grand repertoire of genital gesticulations”, has been performed in 35 countries and in five languages.

Does Australia have a knack for marketing nudity as creative and cool?

In the year 2012, two museums — in Hobart and Sydney — instituted naked tours of their exhibitions. Much before that there was Morley’s Puppetry of the Penis. It features two nude men on a stage, busily making objects with their genitalia. Originally conceived as a highbrow calendar art, Morley decided that this had the potential to be a live act.

The show, which marked its 20th birthday in 2017, will make yet another appearance in Britain from May 4. More than the nude museum tours, it has arguably showcased for the wider world the quirkiness of Aussie humour and sensibilities, which lie somewhere between British and American, and have an added dash of rebelliousness.

In response to multiple requests for demonstrations of the calendar art, Morley put on a ticketed show with co-puppeteer David Friend. Working off memories of boyish one-upmanship with his youngest brother, Morley along with Friend offered audiences penile interpretations of the Eiffel Tower, the Loch Ness Monster, the Pelican and — a favourite — the Hamburger.
Newer installations, Morley recently said, include E.T., the Kardashians, Miley Cyrus and Donald Trump.

While the show features full-frontal male nudity, its organisers stress it is completely non-sexual and the Melburnian has noted the gender diversity of his audiences, “In Australia and Europe we get a lot of men coming to our show. In the USA and the UK, it’s mainly the ladies.”

But the generally good reception — Morley says his show has had people “falling off their chairs laughing… (in) more than 36 countries” — cannot entirely cover a naked truth: some regard it as louche and an affront to family values.

Some 15 years ago, it was banned from the Opera House in the New Zealand city of Whanganui by local officials who described their community as “aghast and upset”. In 2012, a complaint was made to Australia’s Advertising Standards Bureau about a poster for the show in Brisbane. Clearly, there are enough people — even in the beach-loving, sun-bathing, supposedly-permissive Antipodean far corners of the planet — who view some forms of undress and public behaviour as a freedom too far.

The Antipodes, of course, have no monopoly on latent prudery. Indians, as well as many other Asians, might wonder about the seemliness of paying good money to watch unclothed men manipulate their private parts into something they describe as “genital origami”.

So, what really is the point, if any, of penis puppetry? Isn’t it distinctly unfunny to purchase the right to scrutinise — however briefly — someone’s unclothed body, no matter whether they are a man or a woman?

The show might seem especially unsettling in the #MeToo era, when interactions between the sexes and attitudes to each other, with or without clothes, are being re-assessed.

Add to that reports of a shrinking European appetite for nudist beaches and resorts, topless sunbathing and nude unisex saunas, and it’s clear that there’s a new prudishness in the 21st century.
For 200 years, Europe has linked ideas about equality and sexuality with the freedom to disrobe. But now, a new body-shyness is becoming evident among young Europeans, perhaps partly out of shame in comparison to social media models, and because of the risk of transmission of images captured by smartphone cameras.

And yet, the penis puppetry show remains in business. How and why? There are two possible reasons. First, as Morley claims, some see it as ‘liberating’.

He argues that the show overcomes a taboo because “no one feels that they’re allowed to laugh about genitalia, especially women and especially in other countries”.

One of those ‘other countries’ could be the 21st century’s hegemon — the United States of America. Some years ago, the late, great George Carlin offered trenchant, true and enormously-funny observations on America’s ‘bigger dick foreign policy’. American wars, Carlin said, are a manifestation of prick-waving: why even bombs and missiles bear that unmistakable shape and Vietnam is said to be a mistake because the US “pulled out”.

At some level, penis puppetry, then, could be a vacuous addendum to Carlin’s cerebral attempt to contextualise the macho aspect of international relations.

Carlin’s was a much different time, one before comedians became the political fashion. But, in this populist moment in time, comedians have a new gravitas, following on perhaps from their stock in trade — mockery of the system and its elites, which chimeswith the rising anti-establishment tide.

Of course, penis puppetry is neither politically sharp nor a satirical comment on current events. But liberation — Aussie-style — may have its own logic.

Australia has justifiably been called a lifestyle superpower. Its economy, which has been growing for 27 years without a recession, is considered the most successful in the rich world. Though its politics has been volatile of late — with five prime ministers in as many years — Australia’s revolving door leadership culture provides rich pickings for comedians. 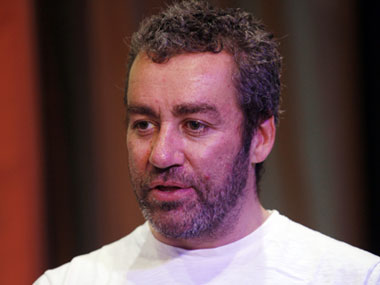