While US President Donald Trump will run for re-election in 2020 on a solidly pro-Israel platform, the campaign overall is still likely to generate some heat (and light?) on the Palestinian issue.

Consider what’s happening already with the large numbers of Democratic candidates who’ve thrown their hat into the ring.

Not too long ago, Beto O’Rourke spoke at the University of New Hampshire and in response to a question from a Palestinian-American woman, he agreed that Palestinian conditions don’t meet American values of “fundamental human rights and human dignity” and that the relationship with Israel is hurting America’s image in the world.

Asked if he would condemn Israeli, Saudi and Turkish human rights violation, O’Rourke said: “These truths that we hold so dear — that we are all created equal– ‘all of us’ needs to mean, ‘All of us,’ not relationships of convenience for short term security gains but relationships that allow us to continue to be the example for so much of the rest of the world. And we cannot be that if we do not believe in the fundamental human rights and human dignity and safety of our fellow human beings regardless of what side of the line they may stand or sit on.”

Mr O’ Rourke subsequently went on to criticise the Palestinian leadership: “The only way that I know that we can help to secure that in the Middle East specifically with the Palestinian Authority and Israel is to have two states whose people are guaranteed their security, their safety, their dignity and their political rights. Right now of course we do not have that.”

To me that sounded like waffle, and the questioner seemed to feel the same. Later, she posted a video to Facebook and  expressed disappointment at Mr O’Rourke’s “inability to answer my concise questions regarding UNRWA, BDS and accountability for our allies.”

But Mr O’Rourke’s questioner also discerned hope in the fact that so many in the audience seemed sympathetic to the situation in Palestine. “I am glad,” she wrote, “that the dignity and human rights is an important issue even to Americans who are disconnected from the conflict and I hope we can continue together to hold our politicians accountable and show them that we will not accept progressive politics that exclude Palestinians.

The exchange prompted James Zogby, president of the Arab American Institute and a founding member of the Palestine Human Rights Campaign in the 1970s to tweet a measured sense of hope: “Since most pols have spent their careers trying to ignore Palestinian rights, it’s an opportunity to force them to address it. Ask #BetoORourke enough times – he’ll figure it out & might get better.”

I think that’s about right. The question is going to come up – a lot – this US election season. 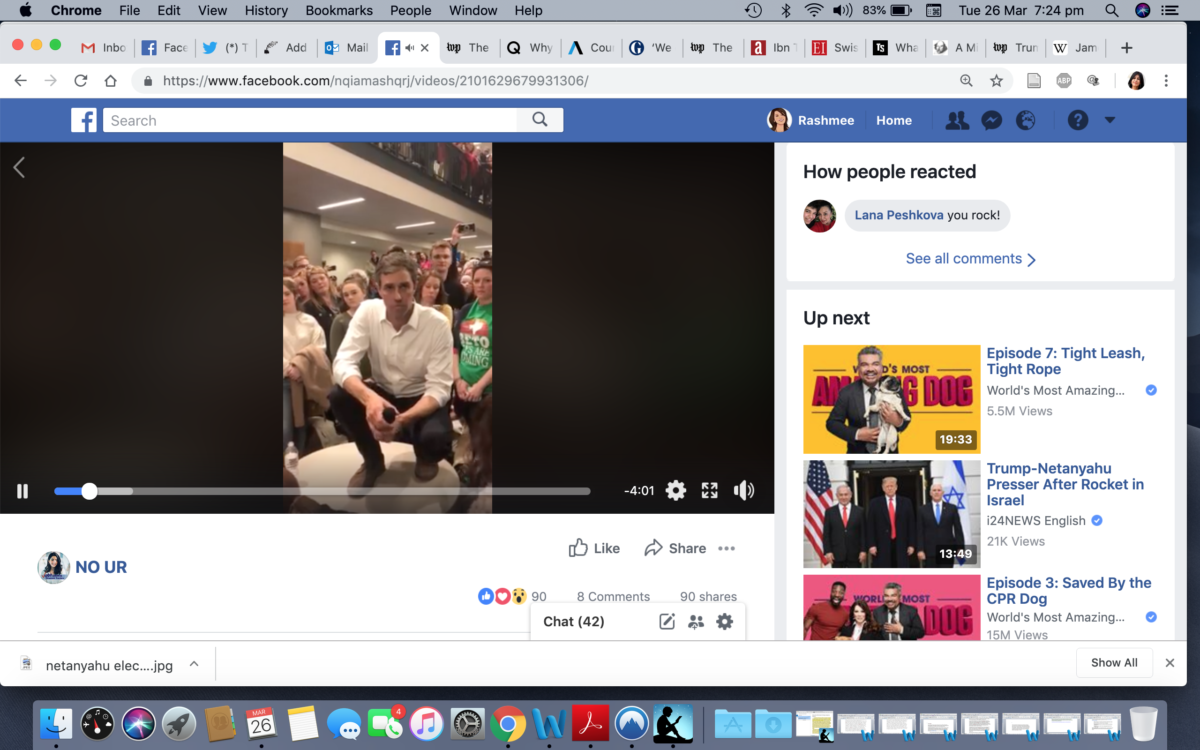