What joins India and Australia? The answer might surprise you 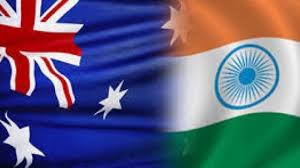 “Since at least the 1990s, XXXX conservatism has offered a highly successful, if philosophically incongruent mix of free-market liberalism and increasingly strident cultural nationalism.”

Which proper noun – “Indian” or “Australian” – would fit in place of XXXX? Both perhaps.

In both India and Australia conservatism premised on exclusion has held sway along with market liberalism.

Clearly, the BJP in India and Australia’s governing conservatives as well as Pauline Hanson’s One Nation party are united in a way that might seem rather surprising for political environments so far apart.

Until you consider the twinning of exclusivist ideology, most people might have suggested that India and Australia are increasingly linked by their love of cricket, as well as the Indian students who’re increasingly headed Down Under.

But there does seem to be a clear point at which Australia and India are beginning to diverge: in Australia, the tide may be going out for racist Islamophobia; in India, not so much.

Well, it’s about the Christchurch aftermath even as Australia heads for a general election on May 18.

Waleed Aly, politics lecturer at Monash University in Melbourne, recently noted: “In the wake of the Christchurch, New Zealand, terrorist attack on Muslims last month, the Morrison government now finds itself under pressure over issues that recently appeared to give it an advantage…the visceral reality of Christchurch has recast much of our politics in new light: not as straight-talking honesty about the threat of Islamism, but as contributing to a more polarized, extremist environment. Polling in the aftermath of Christchurch found that a remarkable 63 per cent of Australians agreed that ‘white extremism is every bit as dangerous as Muslim fundamentalism’, while 42 per cent agreed that politicians ‘have deliberately stirred up anti-Islamic sentiment as a way of getting votes’.”

But in India, there is no such blowback from an overseas atrocity caused by a violent Hindu nationalist.

It is a blessing, of course, that violence has not been perpetrated abroad in the name of Hinduism. That said, the violence being done to the Hindu religion, in the name of faith, is not being addressed either.