Why not devise a trial process and declare Al Hol an international prison?

At the weekend, a truly horrible report appeared in The Washington Post. It said that “a militant band of women loyal to the Islamic State is terrorizing others who fled the battlefront for this sprawling camp in northeastern Syria”.

Those women, the Post added, were demanding that others “adhere to the strict codes once enforced by the group and creating a vexing problem for the Kurdish-led forces controlling the site.”

They were, it said, “threatening those they consider impious, brandishing knives, spitting and throwing stones at them, and even burning down their tents. Intelligence officials say Islamic State loyalists also have formed cells inside the camp to mete out punishment in a more systematic way.”

In fact, the women have apparently also targeted health staff and aid workers, calling them “infidels” and (in a variation on Julian Assange’s reported behaviour in the Ecuadorian embassy) thrown excrement at people working to make their lives more comfortable. They have also tried to attack inmates who expressed regret about joining the caliphate.

I mention the Post report because it has enormous significance for what happens here on in. A UN envoy recently asked the various countries to which the ISIS families belong to take back their citizens. That means those women in Al Hol refugee camp, some of whom were reportedly terrorising other refugees deemed insufficiently pious.

Which country would realistically want to take back such viragos? Even though the UN says the children of ISIS fighters should rightly be taken to the countries to which their parents belong/belonged, many of their mothers are hardly a great advert for repatriation.

That’s because some of the mothers are those militant women in Al Hol camp.

So what happens next?

If the Post report is accurate, some of those ISIS wives and widows are unfit to live freely in ordinary society. If true, that’s a determination that needs to be legally made and enforced. The trouble-makers of Al Hol camp need to be tried, sentenced and locked away, if that’s what the judicial process finds.

Accordingly, I’m wondering if part of the solution is to devise a trial process – out there in Syria and based on universal principles of justice – and then to lock up those found guilty in Al Hol itself? The camp would, of course, then have to be declared a prison. And the international community would have to pay for and help run – with expertise and people – Al Hol prison for all the years that it remains a place of incarceration.

There doesn’t seem very much else that’s possible to do or be done. But it definitely is time to do something. 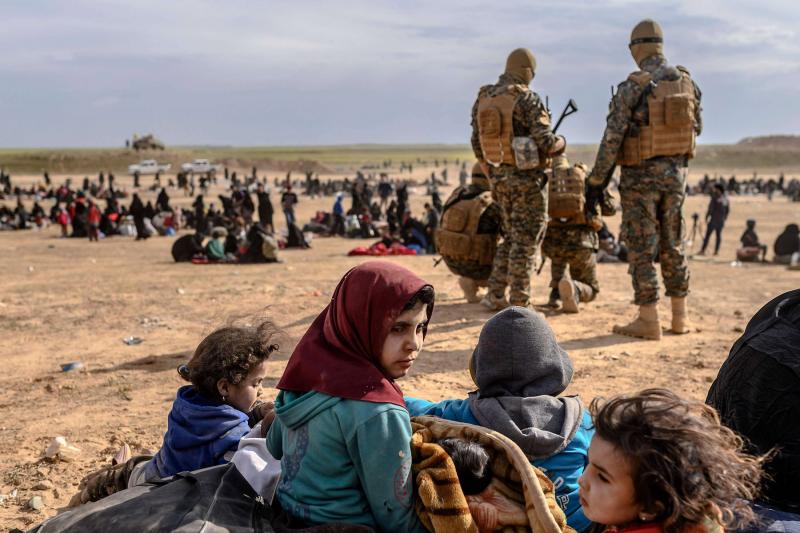