The prosperity gospel and Donald Trump, the messiah 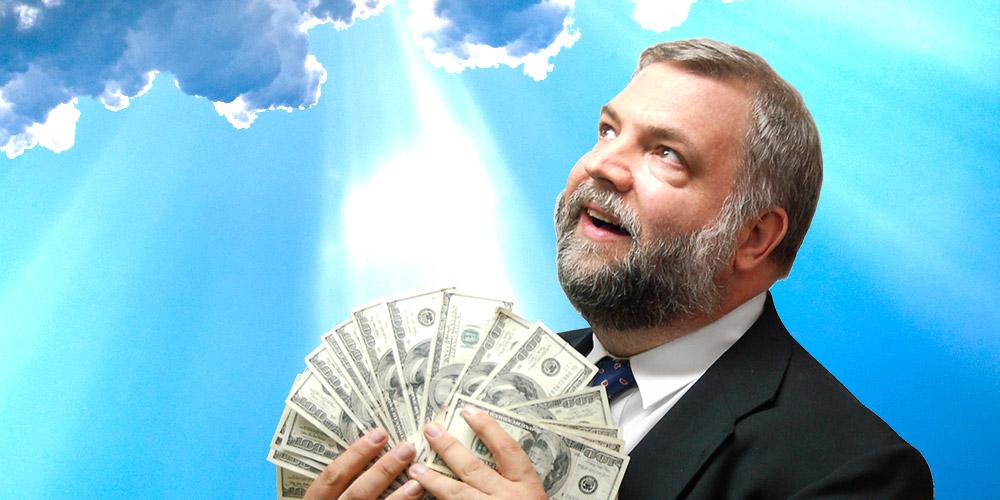 Lou Dobbs, who supports Donald Trump, recently said the following: “God sent this president. He is a person of providence.”

What are they talking about, for God’s sakes?

It seems to do with a peculiarly American theology – the prosperity gospel.

Vox explains it as follows:

“The prosperity gospel is an umbrella term for a group of ideas — popular among charismatic preachers in the evangelical tradition — that equate Christian faith with material, and particularly financial, success. It has a long history in American culture, with figures like (Joel) Osteen and Jim and Tammy Faye Bakker, glamorous, flashily-dressed televangelists whose Disneyland-meets-Bethlehem Christian theme park, Heritage USA, was once the third-most-visited site in America.”

Mr Osteen, by the way, is an exceedingly wealthy preacher, whose Lakewood Church is one of the largest in the US. After Tropical Storm Harvey in August 2017, Mr Osteen and his church came to public attention for their unwillingness to open the building as a shelter for evacuees. No Christian charity clearly, but then why should there be? It’s the prosperity gospel. It enshrines, indeed celebrates selfishness.

In fact, one of the most telling criticisms of the prosperity gospel has been the way it’s come to seem since the election of Donald Trump. As Vox put it, it appears now to be a conflation of the worst of American-style capitalism, religion and Republican party politics.

But then, in the words of Nobel Prize-winning economist Joseph Stiglitz, Mr Trump’s ‘MAGA’ (Make America Great Again) agenda “is, of course, not about restoring the moral leadership of the United States. It embodies and celebrates unbridled selfishness and self-absorption.”

That’s where the prosperity gospel comes in. And it brings me to something noted by sociology and politics professor Sami Zubaida in his book ‘Law and Power in the Islamic World’. He wrote:

“There is a great deal in common, for instance, between conservative Islamic advocacy in the Middle East and that of the US religious right. Both advocate the supremacy of revelation over science, the moralization of society and the regulation and censorship of cultural products.”

He added: “And they are both engaged in conflicts and struggles with antagonists within their own societies.”

There you go. Though it would be horrified to hear it, the American religious right has Middle Eastern cousins.