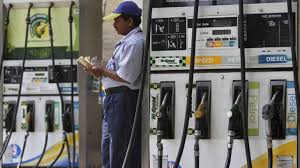 What happens after May 1, when the US waiver for India and other major importers of Iranian oil runs out?

No drama, or at least no discernible drama.

Iran is one of India’s main oil suppliers but New Delhi is affecting insouciance in its first response to American threats against those who continue to do business with Iran.

On April 23, petroleum and natural gas minister Dharmendra Pradhan declared India was ready and willing to procure supplies from other major oil-producing countries to compensate for the impending loss of Iranian crude. These would probably include Saudi Arabia and the United Arab Emirates. And in preparation for May 2 and after, Indian refiners are increasing purchases from Mexico and a relatively new source, the United States.

Unlike China, Iran’s biggest buyer of oil, and Turkey, another major customer, India has neither expressed anger nor anguish at American heavy-handedness. China has denounced the secondary US sanctions as illegal and Ankara has decried US unilateralism, but New Delhi has kept its counsel. Beijing said it opposed any attempts to penalise China’s lawful and reasonable energy cooperation with Tehran. And Turkey’s foreign minister Mevlut Cavusoglu put a series of angry questions to Washington: “Why are you putting pressure on other countries? Take your own measures. Why do other countries have to obey your unilateral decisions?”

So, what’s with the metaphorical shrug from India, the world’s second-biggest buyer of Iranian oil? It seems to be a gesture of strategic patience. There are indications the US is considering steps to blacklist Pakistan at the June meeting of the Financial Action Task Force, the international body that fights money-laundering and terrorist-financing. The US is also lending a hand in attempts to designate Jaish-e-Mohammed founder Masood Azhar a terrorist over Chinese objections at the UN Security Council.

And India may not be averse to a punctuation point in its generally fluent exchanges with Iran. Tehran was once aligned with Delhi with respect to the Afghan Taliban, but recently seems to have adopted a more pro-Islamabad position. Earlier this week, Pakistani prime minister Imran Khan visited Iran, prompting the Supreme Leader Ayatollah Ali Khamenei to tweet indiscreetly and with fervour. “The dignity and majesty of the Indian peninsula was highest during the time Muslims ruled over it; and the biggest blow that the British stroke in this important area was abolishing the eminent Islamic civilization,” Khamenei wrote on April 22.

Even so, US demands with respect to Iranian oil are irksome to India. They are peremptory and unreasonable and come at a particularly inopportune time. Oil prices and supplies are not assured. Libya is in chaos and likely to stay that way for a while as the self-styled Field Marshal Khalifa Haftar challenges the UN-backed government in Tripoli. The US has also imposed sanctions on exports from Venezuela, another of India’s major suppliers. Venezuelan oil production has already been hit by deteriorating infrastructure and electricity shortages.

The Trump administration claims Saudi Arabia, UAE and US production will quickly and easily fill the gaps in supply but it may be difficult for consumers of heavy crude to find adequate substitutes. The market will be tight, prices will rise and potential interruption of supplies will cause jitters. In any case, it is not easy to find a straight substitute for Iranian oil. Other suppliers-Saudi Arabia, Kuwait, Iraq, Nigeria and the US-don’t offer Tehran’s lucrative terms of 60-day credit. Unsurprisingly then, world oil prices spiked to six-month highs after news broke that the Trump administration wouldn’t be renewing waivers for India and seven other countries to import Iranian oil.

But, the US approach of unilateral coercion against Iran could easily backfire. Americans may face higher pump prices during the long, hazy, driving days of summer, creating domestic political pushback. The US may find it difficult to enforce its sudden command to other countries to bring Iranian oil exports “to zero”. India already has a rupee payment mechanism with Iran and new ones such as Europe’s Instex are being developed to reduce the dollar’s dominance in international transactions. Finally, by overusing American sanctions as a tool of international diplomacy and control, the Trump administration may ultimately render them useless.

(Rashmee Roshan Lall is an international affairs columnist based in London)