Sunrise in the east? 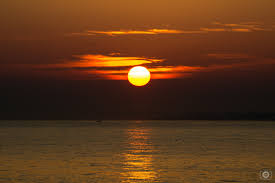 China’s infrastructure projects have been heavily scrutinized by the West and eastern competitors such as India, but much less attention has been paid to its attempt to shift the centre of gravity to all of Asia.

Last week (May 15, President Xi Jinping hosted the inaugural Conference on Dialogue of Asian Civilizations and in the run-up to his address, the state-run China Global Television Network extolled all of Asia’s achievements.

The China Global Television video noted that “from the Babylonian Code of Hammurabi to the Hindu numeral system. Persians, Arabs and Chinese traded along the Silk Road for centuries “before the first Western ships arrived”.

And China’s Global Times newspaper, which takes a nationalist view of politics, editorialised on the conference as follows: Westerners, it said, were “obsessed” with their central place in the world.

As for Mr Xi, he urged other Asian nations to “strengthen cultural confidence” and declared: “On the foundation of the brilliant achievements obtained by our ancestors, we will … strive to continue writing the new glory of Asian civilisations”. Presumably, those brilliant achievements included Hammurabi’s Code, Vedic math and the Chinese invention of paper.

It is a bold attempt to push back against a world order based on values and parameters delineated by the West.

Of course, the mere fact of its launch does not mean it will be a success, or change cultural parameters – at least in the short term. That said, it does suggest the sun really might, one day, rise in the east again. The political east, or, for that matter, the global south.