A new era of pragmatic foreign policy appears to be emerging in Modi’s India 2.0 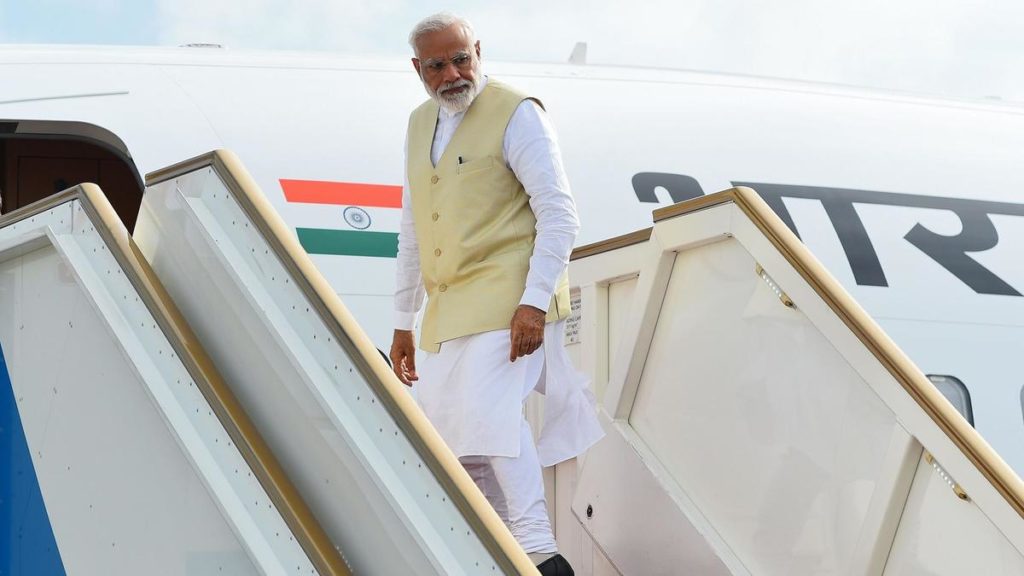 How will Narendra Modi’s India deal with the world now? Differently from his first term as prime minister, as far as confidence and competence are concerned. Mr Modi is newly empowered, having won an emphatic re-election last month. Bestriding India and his governing Bharatiya Janata Party, Mr Modi faced no political pushback in the swift and radical appointment of a veteran apolitical diplomat, S Jaishankar, as his foreign minister.

All the signs point to a new seriousness about foreign policy. It will be informed by Mr Modi’s worldview, but subtly shaped and implemented by Mr Jaishankar, who retired as India’s top career diplomat in January 2018 and was formerly ambassador to both the US and China.

To get a sense of what might be in store, consider Mr Jaishankar’s policy prescription just five weeks before his surprise elevation to one of the four great offices of the Indian state. It’s all about positioning today’s India on the world stage, he said, which means “cultivating America, steadying Russia, managing China, enthusing Japan and attending to Europe”. In the same breath, he added that “prioritisation of the neighbourhood is also important”.

Clues to what that foreign policy might look like were there in Mr Modi’s second swearing-in ceremony. In 2014, South Asian Association for Regional Co-operation (Saarc) leaders were invited. This time, it was the Bay of Bengal Initiative for Multi-Sectoral Technical and Economic Co-operation (Bimstec) countries, as well as the president of Kyrgyzstan and the prime minister of Mauritius. All the invitations had a clear purpose.

India and China are competing in Mauritius, often referred to as Asia’s gateway to Africa, and New Delhi is playing the diaspora card — about 70 per cent of the island nation’s population is descended from indentured Indian labourers taken there by the British.

Kyrgyztan is chair of the Shanghai Co-operation Organisation (SCO), and Mr Modi will attend its two-day summit in Bishkek from June 13. The SCO is a China-led eight-member economic and security bloc, which includes both India and Pakistan. Mr Modi will be working the summit hard. He will meet China’s President Xi Jingping and discuss issues related to counter-terrorism, connectivity and transportation with Central Asian leaders, as a US exit from Afghanistan becomes more likely by the day. Finally, Bishkek will be used to send a strong message to Pakistan. Indian officials have indicated there will be little chance of a one-on-one with Prime Minister Imran Khan.

Isolating Pakistan is part of the reason for the change in Mr Modi’s guest list in his two inaugurations. The shift from Saarc to Bimstec was about more than acronyms. Bimstec comprises India, Bangladesh, Bhutan, Myanmar, Nepal, Sri Lanka and Thailand. So, it is Saarc minus Pakistan and Afghanistan, plus Thailand and Myanmar. Bimstec’s new prominence is significant, 22 years after it came into being as a means of integrating the littoral economies of the Bay of Bengal. Mr Modi’s India is signalling a quite different aspiration to those of years past. Instead of engaging Pakistan, it seeks to marginalise it altogether, and build new bridges to east and south-east Asia.

It’s an audacious plan that may not work. While some Indian defence experts support the current policy of ignoring Pakistan, there is already resistance within Saarc to India’s efforts to privilege an alternative mechanism. The prime minister of Nepal, current chair of Saarc, has urged its “revival”, a point of view seconded by the Sri Lankan president, who insists that “both Bimstec and Saarc are significant organisations”.

This may have ramifications for a related strand of the Modi 2.0 foreign policy agenda — the “neighbourhood first” policy. It took the Indian prime minister to the Maldives and Sri Lanka at the weekend, his first overseas trip since re-election. The reason for their preferment was obvious. India is trying hard to counter China’s influence in both countries, which are key to Beijing’s new Silk Road project. What is unexpected is the realpolitik with which Mr Modi’s India is approaching the task. On Saturday, Mr Modi, a Hindu nationalist, declared that India would contribute to conservation of the Maldives’ oldest mosque, an ornate, 17th-century building made of coral.

This, just like Mr Modi’s choice of foreign minister, seems to suggest new pragmatism in pursuit of India’s goals. These are grand and overarching, a re-imagining of India’s place regionally and in the wider world, in order to move from a nation that follows global rules to a force that helps to establish them.

All of the above, not least the outreach to Central Asia, adds up to an ambitious plan to enhance India’s diplomatic and economic profile. It’s certainly hard-headed. Before he became foreign minister, Mr Jaishankar offered a pithy response when US General David Petraeus told an international conference in Delhi that India “has to decide, has to take a side in the new world order shaped by rising China [and] resurgent Russia.” Yes, indeed, Mr Jaishankar replied, India must take a side — its own.

Truly, as the saying goes, there is no diplomacy like candour.