Just like everyone else, Brexit Boris has the moon on his mind but Brexit is not Apollo 11

Just like everyone else, Boris Johnson has the moon on his mind.

In his final newspaper column, he’s compared Brexit to the 1969 moon landing!

These events are not comparable – in technical or political terms. However, Mr Johnson, who is soon to take charge of Britain and its exit from the European Union, is pushing the fanciful idea that Brexit is somehow as grand and inspirational as the moon landing.

But he made a mistake even in the analogy. Mr Johnson, who has vowed to leave the EU with or without a deal on October 31, wrote in his final column for The Daily Telegraph: “If they could use hand-knitted computer code to make a frictionless re-entry to Earth’s atmosphere in 1969, we can solve the problem of frictionless trade at the Northern Irish border.”

But Apollo 11’s re-entry into the Earth’s atmosphere was not “frictionless”. In fact, as NASA says, a spaceship re-entering earth’s atmosphere reaches temperatures of between 1,100C and 2,760C. Those inside the craft are protected by sophisticated heat shields. As we know, the Space Shuttle Columbia burned up on re-entry in 2003, killing all seven of its crew. That was because a heat shield was damaged on lift-off.

In other words, the friction could not be removed by means of fancy computer technology. It “had to be managed”, as one British newspaper said, “at huge financial cost and risk to all those involved”, which means Mr Johnson may have “accidentally come up with the perfect metaphor for the problem of Brexit.” 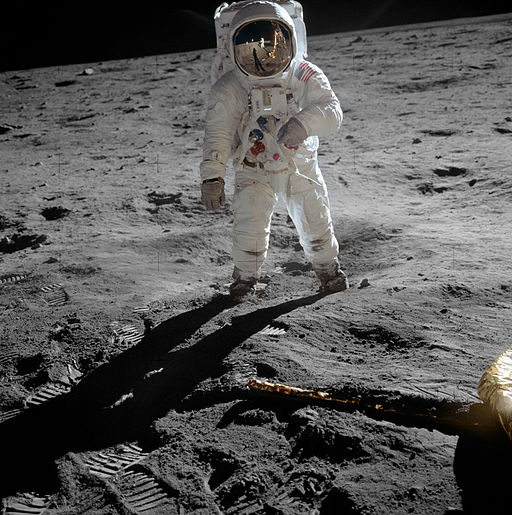