The froth on the market, falling interest rates and a magic realist story of US growth 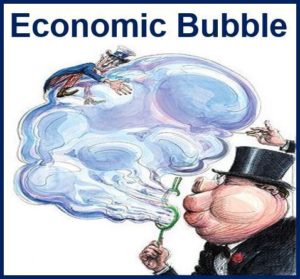 Now that central banks in India, New Zealand and Thailand have cut interest rates, aiming to protect their economies from the fallout of the trade and currency war, I recommend this excellent piece in Aeon: ‘The economics of bubbles’. (Click here to read it).

It’s about how market booms and busts seem irrational but aren’t really.

Both the authors of the Aeon piece, Brent Goldfarb and David A Kirsch, have the same title – associate professor of management and entrepreneurship at the University of Maryland. They’ve written a book together too – Bubbles and Crashes: The Boom and Bust of Technological Innovation.

They start by a vivid example to illustrate the creation of a bubble. By the simple act of a corporate investment manager suggesting via Twitter “that Tesla’s success would put other industries ‘at risk’.” The industries at risk would be oil, internal combustion engine automobiles, car dealers, railroads, auto parts, automobile services, and gas stations. Among others. The professors mention the “compelling storyline: the underdog hero, Tesla, is up against the evil incumbent forces that will play dirty to defeat it, but Tesla will overcome…” The human brain subsequently fills in all the blanks. The piece adds that American literary scholar Jonathan Gottschall has shown in his 2012 book The Storytelling Animal, “even the faintest sketch of a plotline is enough to prompt our minds to fill in the details…The space between fiction and reality is where economic bubbles take shape.”

They go on to mention speculative bubbles – the Dutch Tulipmania of the 17th century and the South Sea Bubble of the 18th century –as well as the ones that went from frothy uncertainty to solid success. For a time. As we know, bubbles happen when the price is not justified by the asset itself but by the exuberant behaviour of investors. So it was with radio, an amazing invention of the 1920s. Almost 700 new radio stations – the United States’ entire current AM broadcast infrastructure – were established in 1922. But nobody had identified a successful business model for radio broadcast. And no one knew how to pay for it either. US businessman David Sarnoff, who co-founded the Radio Corporation of America (RCA) in 1919, thought a subscription model might be possible.

As the piece says, “Bubbles form whenever a new story is not only told, but can also be sold. However, not every new story leads to a bubble. Sometimes stories can be told, but not sold.”

Unlike radio, there was no bubble around insulin – the first miracle of modern medicine. It came in the 1920s and despite the amazing story, there was no chance for investors to speculate. “Eli Lilly and Company, the firm that contracted with the Canadian discoverers of insulin to isolate and distribute the hormone at scale, was privately held.” The same thing happened with innovations such as Freon, Bakelite, hovercraft, cortisone and drilling for oil.

The Aeon piece makes an important point: the two necessary conditions for the formation of a bubble. Bubbles need narratives and every start-up begins as a story about an imagined future.

More to the point – and this is the context in which the Aeon piece is timely – we cannot ever be sure when the story will end. “Just 14 days before Black Monday and Black Tuesday, when a 25 per cent market decline in 1929 signalled the start of the Great Crash and the ensuing Great Depression, the esteemed Yale economist and commentator Irving Fisher was certain that the market had reached a ‘permanently high plateau’.”

This is worth thinking about, at a delicate economic place internationally. The US declared China a currency manipulator on August 5, spreading trade tensions between the world’s two largest economies to the combustible realm of currencies. The Indians, Thais and Kiwis lowered interest rates. German industrial production numbers are bad, raising fears of a recession in Europe. And money is flooding into safe assets, especially United States Treasury bonds, which tends to prop up the value of the dollar and push overseas currencies lower.

There are many kinds of bubbles, not least Mr Trump’s magic realist story about making America great again by injecting ever more chaos into the global economy. 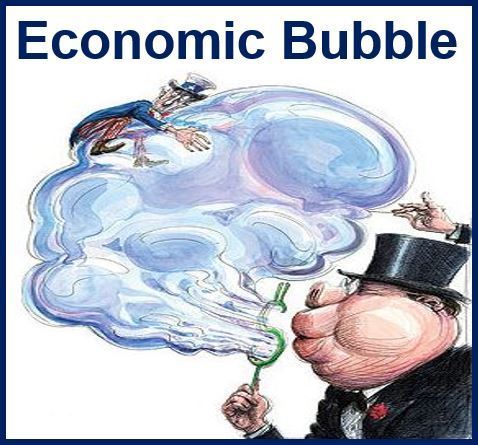