Should a class in practical ethics be compulsory for politicians? 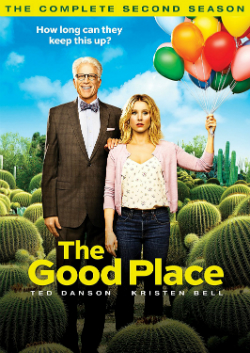 I was reading bioethics professor Peter Singer’s piece on practical ethics when I remembered ‘The Good Place’. Some of you may recall that it was the American comedy series on the afterlife. I watched quite a bit of its first season and was struck by the wit and sharpness with which it addressed enormously serious issues to do with being good, kind, ethical and suchlike.

‘The Good Place’ was enormously funny but entirely serious about its moral worldview. There is a difference between good and bad, it said, and actions have consequences. (For those who love the show, btw, a fourth season will be on from September).

Anyway, Professor Singer’s piece reminded me of the TV show because he asked a key question, one that was answered for the most part in ‘The Good Place’: Can you teach someone to be ethical?

Plato, in the Phaedrus, the Professor points out, “uses the metaphor of a chariot pulled by two horses; one represents rational and moral impulses, the other irrational passions or desires. The role of the charioteer is to make the horses work together as a team. Plato thinks that the soul should be a composite of our passions and our reason, but he also makes it clear that harmony is to be found under the supremacy of reason.”

Even so, as the Professor acknowledges, many philosophers are sceptical about the practical value of their subject. He cites research that shows even philosophy professors specializing in ethics behave no better than professors working in other areas of philosophy. That is particularly dispiriting because if ethics professors aren’t more ethical than their peers, how would they foster more ethical behaviour in their students?

Professor Singer accepts the view held by some that classroom knowledge cannot actually change ethical behaviour, but he then goes on to say something quite remarkable.

“I have had a lot of anecdotal evidence that my classes in practical ethics changed the lives of at least some students, and in quite fundamental ways,” he writes. “Some became vegetarian or vegan. Others began donating to help people in extreme poverty in low-income countries, and a few changed their career plans so that they could do more to make the world a better place.”

The Professor says that he conducted, along with others, “the first properly controlled study, in the real world and not in a laboratory setting, of the impact of university-level philosophy classes on student behavior.” It’s still awaiting peer review and the results, he says, are “preliminary”.

Even so, that is enormously heartening. It makes me think what a good idea it would be if a class in practical ethics were compulsory for political leaders, especially the ones we elect.