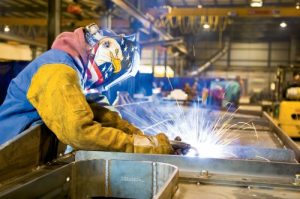 Here’s an interesting point made some little time ago by a former assistant professor of finance in the United States. It’s wrong to assert as is often the case that US output has risen while manufacturing jobs have declined. That piece, by Noah Smith, a Bloomberg View columnist, admittedly appeared well before the economic chaos wrought by Donald Trump in his avataar as president.

Even so, there still are some important points to extract from Mr Smith’s piece. He was, incidentally, a former assistant professor of finance at Stony Brook University. He wrote thus: “US manufacturing output is almost exactly the same as it was just before the financial crisis of 2008”.

This is a different situation, he pointed out, from the 1990s, when production really was booming (rising by almost half) while jobs fell. But by the early 2000s, he said, output didn’t rise that much and by 2008 through to 2016, “the growth rate has averaged zero”.

Mr Smith then addresseed an even more dismal possibility. He used an alternative measure, called industrial production, to show “an outright decrease from a decade ago”. The US, he concluded, “doesn’t really make more stuff than it used to.”

And he quoted a 2013 paper by Susan Houseman, Timothy Bartik and Timothy Sturgeon, which was pretty dismal. Strong growth in computer-related manufacturing had obscured a decline in almost all other areas, the paper said. Near the end of the according to Mr Smith, the US was even losing computer manufacturing, a decline that started during the Great Recession. Semiconductor output has grown slightly, but the East Asians have the advantage of the US on that.

The only good news of a sort is that till now, the US has been running a trade surplus in agriculture, thereby paying for computers, cars and phones with soybeans, corn and beef. Agriculture has been America’s mainstay. Even though its agricultural output soared in the 20th century and mechanisation caused it to shed jobs, the total value of its crops kept rising.

But that could work only up to a point. And President Trump’s trade war has taken even that away. As of mid-August 2019, US government data and  other sources show that Mr. Trump’s tax cuts and tariffs have not achieved one of his goals: a significant return of factory activity.

And in mid-August, the US Department of Agriculture published a pair of highly anticipated reports on crop production as well as world supply and demand estimates. No US farmer would read those reports with pleasure.

In any case, according to Dan Basse of AgResource, a Chicago agriculture research company, Brazil has surpassed the US as the biggest soybean exporter and could do the same in corn next year. And Russia, the world’s top wheat exporter, aims to invest $70 billion by 2035 in large-scale production increases. China, as a result of Mr Trump’s trade war,  is rushing to diversify its suppliers and limit its reliance on American farmers.

Never mind America’s agricultural woes, it needs manufacturing too. That’s because making so–called complex things – products that are linked to many other industries, such as computers, cars and chemicals – makes a country rich. If a country only produces simple things, products that don’t have much of a supply chain, such as soybeans or oil, it will stay poor.

Mr Smith concluded that it’s not a good idea for the US to de-industrialise even as Asia solidifies “its place as the workshop of the world”.

A renaissance is needed but perhaps it won’t happen on President Donald Trump’s watch? He has, Mr Smith pointed out, shown more interest in cutting government programmes designed to give industry a helping hand than doing anything to trigger growth. 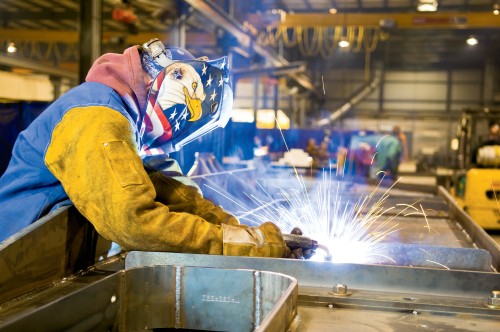