There were 4 Koch brothers but we only talk about 2. Here’s why

Now that one of the two Koch brothers has passed, it’s worth thinking about their immense and continuing influence on America.

But before we do, consider why we say “Koch brothers” and mean only two of Fred Koch’s four sons. Is it because Charles and David were the only two brothers who remained with Koch Industries? Or is it because “Charles and David seem to embody the Koch entity, which has had such an outsize effect on American life?

Both David, who passed on Friday (Aug. 23) and Charles were involved in business and political ventures that became larger than they probably originally imagined. They used their money to fund right-wing libertarianism, and this helped throw up the Tea Party and empower it, strengthen far-right strains within the Republican Party and elect Donald Trump president.

The late David did his share of good – cancer research and so on. And in some ways he was a free-thinker, a don’t-fence-me-in kind of guy who abhorred constraints of any kind (not just government regulation). For instance, he stood for the woman’s right to choose whether or not she has an abortion and same sex marriage.

Even though only one of the two famous Koch brothers is left, he continues to have influence. Charles Koch, along with left-wing financier George Soros, is financing the new Quincy think tank which its co-founders say will challenge America’s military-industrial complex.

The Quincy Institute for Responsible Statecraft, which will promote an end to “endless war” abroad, will launch next month. It’s named in honour of US president John Quincy Adams, who said in a speech in 1821 that the US “goes not abroad in search of monsters to destroy. She is the well-wisher to the freedom and independence of all. She is the champion and vindicator only of her own”.

The Koch brothers continue to make their mark. 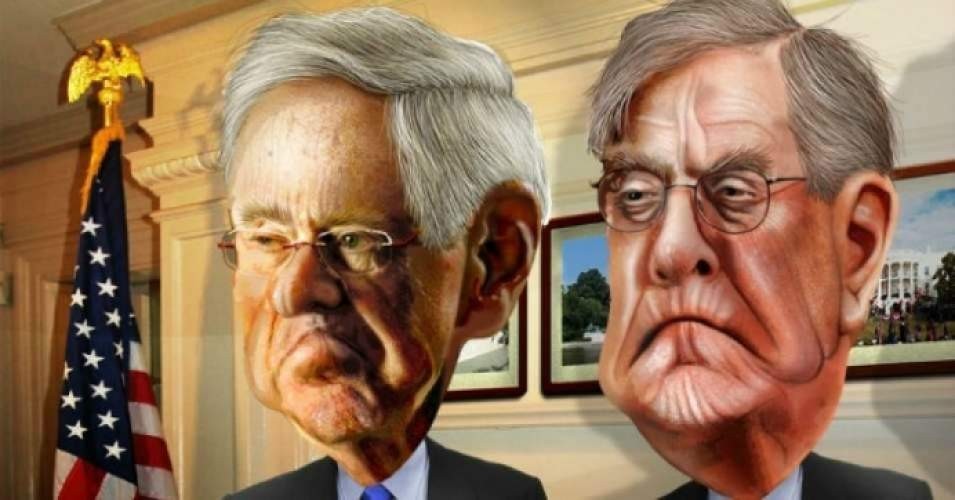