You can bash Boris Johnson for many things. But only if he said them

Boris Johnson’s first Prime Minister’s Questions session after his humiliating parliamentary defeat confirmed something researchers proved to be true some years ago: People don’t often read a lot of what they criticize.

Tanmanjeet Singh Dhesi, the British parliament’s first turbaned Sikh MP, won a round of applause from his Labour Party colleagues, as well as verbal support from Liberal Democrat leader Jo Swinson, for asking about Johnson’s past comments and writing about UK minorities. Dhesi was particularly scathing about a newspaper column Johnson, the Tory leader and a former journalist, wrote in August.

“For those of us who from a young age have had to endure and face up to being called names such as towel-head, or Taliban, or coming from bongo-bongo land,” Dhesi said, “we can fully appreciate the hurt and pain of already vulnerable Muslim women when they are described as looking like bank robbers and letterboxes.” He added: “Rather than hide behind sham and whitewash investigations, when will the prime minister finally apologise for his derogatory and racist remarks?”

Johnson answered sheepishly that Dhesi should read the actual article.

It is good advice.

People often don’t read things they may cite or shout about. But they pretend they have. A 2016 study by computer scientists at Columbia University and the French National Institute (pdf, p.4) found that 59% of links mentioned in tweets have never actually been clicked. In other words, Twitter users are retweeting a lot of news without even reading it.

Even those who aren’t fans of Johnson, his opportunistic politics and self-serving style, would probably agree it’s unfair to castigate him for something he hasn’t said. In the column mentioned by Dhesi, Johnson condemned use of the burqa, but purely in an aesthetic sense:

If you tell me that the burka is oppressive, then I am with you. If you say that it is weird and bullying to expect women to cover their faces, then I totally agree-and I would add that I can find no scriptural authority for the practice in the Koran. I would go further and say that it is absolutely ridiculous that people should choose to go around looking like letter boxes; and I thoroughly dislike any attempt by any-invariably male-government to encourage such demonstrations of “modesty”

He defended women’s right to wear it, even as he wondered why anyone would want to, as it may not be a great fashion choice. (That does leave Johnson-who has said he is not a “serious, practicing Christian” and whose lineage includes Muslim, Jewish and Christian ancestors -exposed to the argument that the tenets of someone else’s religion generally are not open to outsiders’ criticism.)

The article that got everyone riled up is headlined as follows: “Denmark has got it wrong. Yes, the burka is oppressive and ridiculous but that’s still no reason to ban it.”

The research suggests most people may not have gotten past the title. 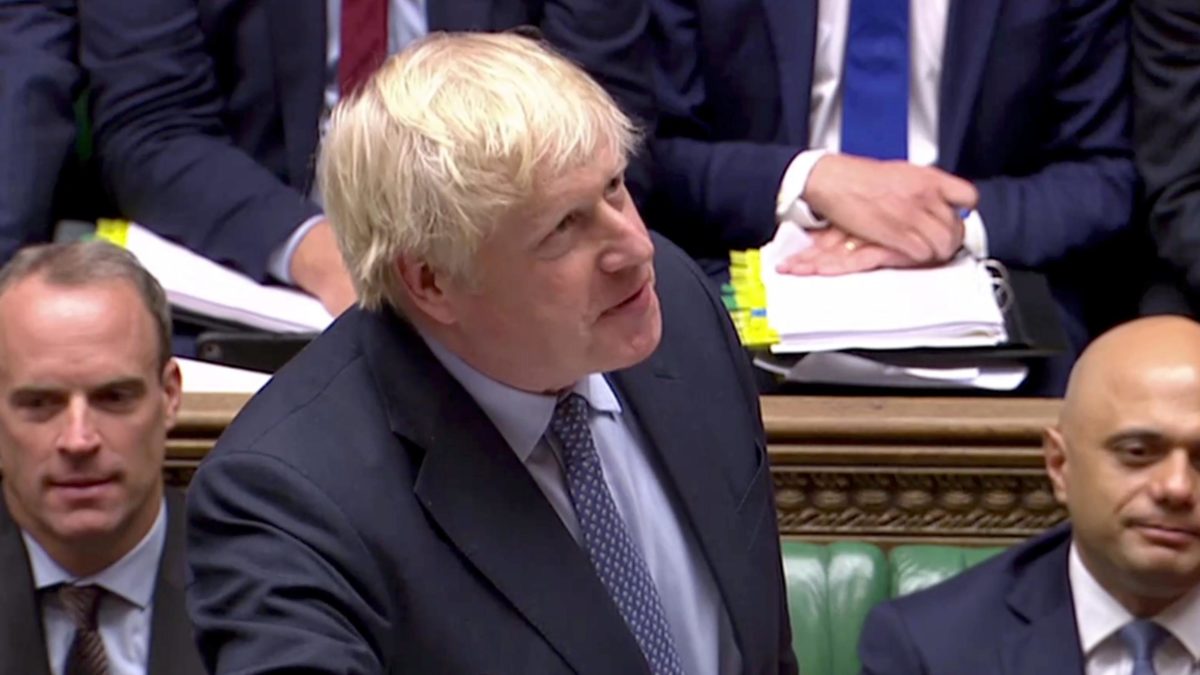