Whether or not #Kim Jong Un likes #avo toast, his propensities are not particularly millennial. The thought came to me as I read The Cut’s beautifully illustrated (avocado toast background with five faces) piece on “the five millennials (actually) changing the world.”

The five are a surprisingly un-woke bunch.

So, that’s one dictator, the heir to an absolute monarchy, a modern unelected princeling, an anti-immigrant political operative and a rich and talented nerd who wants to take over the world.

As The Cut writes, “These are men who, barely having hit their stride, can tout such accomplishments as: the undermining of an American election, the erosion of privacy norms and attention spans, the desiccation of journalism, the destabilization of the Middle East, a genocide, the creation of modern American internment camps, the beheading of a journalist, the flooding of the world economy with huge investments in unsustainable tech start-ups that undercut smaller merchants, public mass executions, the threat of nuclear war, and whatever other assorted horrors might be happening behind the cloak of secrecy that surrounds North Korea, Saudi Arabia, the Trump administration, and the inner sanctum of Facebook.” 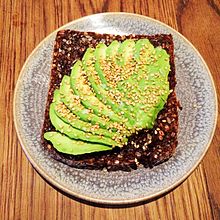