Elizabeth Warren has long argued for draining the swamp. And she has a plan for that

Ed Luce put it rather brilliantly in his column in the FT (paywall):  “It was coincidence that Elizabeth Warren took the lead in the Democratic presidential race on the first day of the Donald Trump impeachment process. It was nevertheless a poetic one.”

Ms Warren is exactly the sort of leader America needs – she knows economics, values redistributive justice, and wants to enable the American Dream for this century.

Ms Warren is running against a “rigged system” that serves the elite. Her proposal to add “two cents” on every dollar to the tax burden of those who have more than $50 million is exactly what America needs to break the stranglehold of the corrupt and selfish elite.

“Two cents” – mere pennies on every dollar that the super-wealthy have — would fund the vast array of social programs Ms Warren is proposing, from universal child care to free college tuition.

But as Mr Luce has written, Ms Warren is calling for something else too that might prove popular with American voters.

She wants the US to clean up its system, one that allows “the world’s autocrats” to use the west’s financial centres to launder their money. Transparency in financial asset movements, he writes, is Ms Warren’s foreign policy and “is the kind of populism that polls well with American voters.”

Ms Warren has warned against the union of “authoritarianism and corrupt capitalism,” something that Donald Trump’s critics would say he favours. Now that he’s in the crosshairs of an impeachment inquiry, Ms Warren’s argument for greater investment in educating and upskilling America becomes even more urgent.

While no one but Donald Trump would say Mr Biden, or his son Hunter, did anything illegal, Ed Luce points to a key problem with Mr Trump’s allegations about the Bidens: “…the problem with Washington is what is legal.”

He goes on to point out: “It is hard to believe the younger Biden would have been offered a seat on the board of Ukraine’s private largest gas company were his father not the US vice-president. It is also difficult to accept that Biden Junior would have become executive vice-president of the Delaware-based MBNA Bank had his father not then been a senator from the same state. Nor that he would have gone on to become a Washington-based lobbyist. This is business as usual in America’s capital.”

This is the swamp and this is what ordinary people want to drain. This is what they hoped Mr Trump would do. As it is, he has simply added the Trumps to the Washington swamp as well as an even more global one, from Riyadh, through to Dubai, Delhi, Mumbai, Beijing and Kiev.

Ms Warren has long argued for draining the swamp. And she has a plan for how to do it. 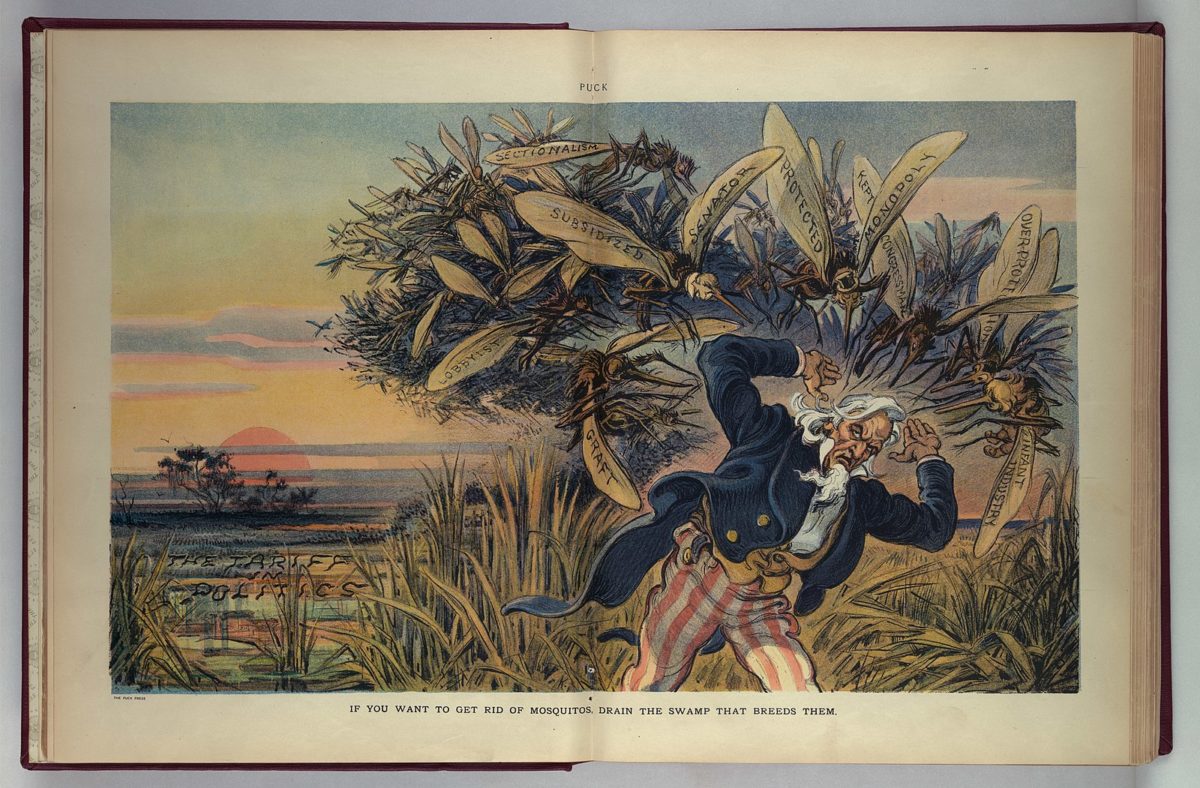