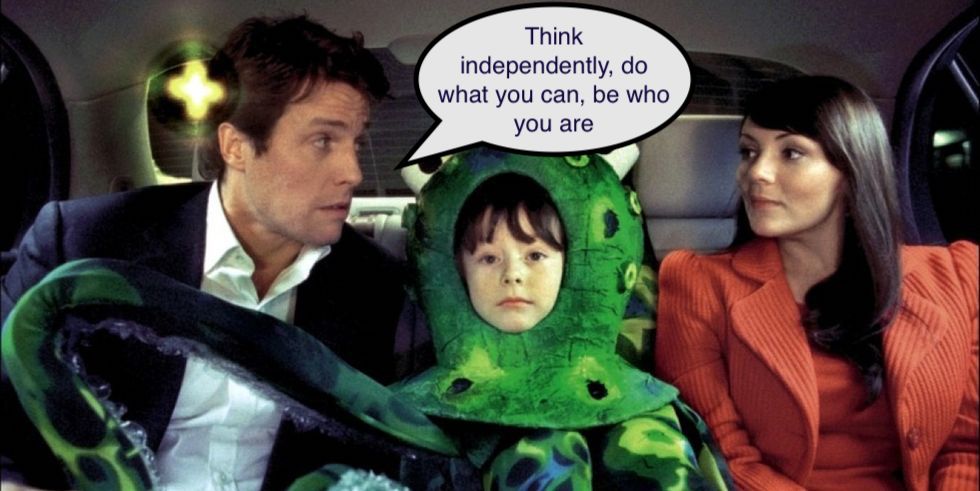 In a week crammed with a British election and the first round of peace talks between Russia and Ukraine in Paris, here’s what I thought most interesting.

** In The National, I looked at the need for a reset on capitalism.

“It has been 130 years since Andrew Carnegie wrote The Gospel of Wealth, an essay that is still considered a foundational document in the field of philanthropy. Now comes a new one, from Ford Foundation president Darren Walker. It is called From Generosity to Justice and urges philanthropists to work on the root causes rather than just the consequences of injustice. And it argues for companies to create a more inclusive model of capitalism.

“How? Can it even be done? Are these no more than buzzy phrases for fuzzy concepts?”

“It seems to me that the best gospel of wealth would be for businesses to do good by doing well and paying their workers properly. It is also essential for business to pay sufficient tax in order for government to invest in public services. That is the way it is done in the Nordic countries where capitalism is flourishing as is the wider society.

“The objective of philanthropy should be to make itself obsolete and this can only happen when business gets to do its own job within the parameters of the law, and governments have the resources to provide for people’s wellbeing.

“Muddling the boundaries serves no one well.”

** It was a year of protests. I took a look at the year in protests. It underlined our interconnectedness

If protests were one of the defining patterns of 2019, three broad points can be discerned:

** And then there was Britain’s ‘Love Actually’ election.

The only reason to describe that bad tempered and polarising contest as a ‘Love Actually’ election was because of Hugh Grant.

The actor, who famously played a prime minister going door to door in ‘Love Actually’, had campaigned hard for Remain candidates  in at least four different London-area constituencies.

What’s actually happened, as we know, is that Boris Johnson’s Conservatives won by a landslide. Will that turn into a new form of ‘Love Actually’?

Think independently, do what you can, be who you are.