In Vienna, it’s yesterday once more

Sebastian Kurz, Austria’s chancellor, is proof that political leopards don’t change their spots even when they swap out a far-right coalition partner for one on the left.

In his first interview with the international media since taking office after re-election, Mr Kurz was talking a familiar poisonous line.

He described illegal immigrants as a threat equal to that posed by climate change. Mr Kurz told the Financial Times, “It is important to protect our environment but it is also important to decide who will live in our country . . . if we do not fight against illegal migration, Europe will not be the same in five, 10 or 20 years. If we do not control who is allowed to come we will not be able to live in security . . . and we will not be able to keep our identity.”

Not only did he repeat many of the things he said when partnering with the far-right Freedom Party, he reiterated that his brand new coalition with the Greens had been marked by both sides keeping to “their central election promises”. In other words, the Greens don’t mind that I sound bigoted.

The rhetoric on immigration raises questions about the viability of a political model that is newly being touted as a template for conservative-left-leaning coalitions across Europe. When the Greens went into coalition with Mr Kurz’s conservative Peoples’ Party, it was seen as a groundbreaking step that is ripe for replication in next-door Germany and elsewhere in Europe.

But the way Mr Kurz is talking makes one wonder how (and how long) the Greens will be able to live within their current political union. Might it be tainting in the long run for left-of-centre parties to support those on the less moderate end of the political spectrum? It is inevitable that the Greens will bear some responsibility – in the people’s mind as well as in reality – for the words and deeds of this coalition government.

Though the Peoples’ party has control of the major ministries – the treasury, interior and foreign – Green leader Werner Kogler is vice-chancellor, and Leonore Gewessler heads a new environmental “super ministry” with oversight of energy policy, transport, innovation and technology. 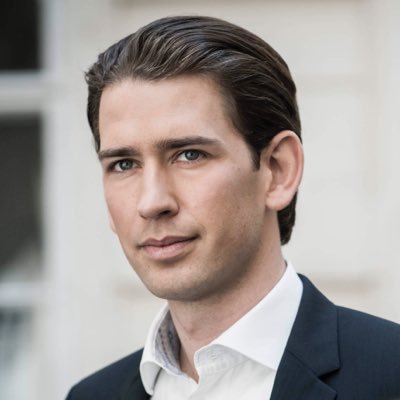