Balzac praised the local grocer as ‘the strongest of social links’. The West isn’t picking up on it 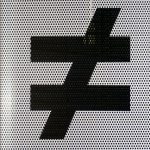 When it comes to communal well being, never under-estimate the unique role of the local grocer, the butcher, the baker, and the greasy-spoon up the road. In 1840, Honoré de Balzac’s praised the local grocer as “the strongest of social links”.

So, what happens when the grocer shuts shop, forced out of business by supermarkets? In France, it might mean a surge in enthusiasm for a gilets jaunes protest.

This is worth thinking about in the context of a recent New York Times story about the impending closure of a convenience mart in Paris’s historic Jewish quarter, Marais. The store was opened by Moroccan immigrants Ali and Amar Sitayeb in 1984. Now, says the Times, it’s  “just one of many independent shops being swept away by a wave of moneyed gentrification in Paris and other French cities”. The store  is “soon to be replaced by a lingerie outlet run by a Japanese retail giant”. The paper reported the lament of a retiree who has lived next to the shop for two decades: “How is a bra going to replace my orange juice?”

Quite so. Researchers  have found a link between the loss of local shops and services in France and political disaffection. Communities that lost their last convenience shop are three times more likely to have experienced a gilets jaunes event, they found.

To put that in context, the pattern of growing inequality in the West is triggering incomprehension and/or incohate rage . When economic historians reconstructed gross domestic product estimates for nearly 200 subnational regions across western Europe going back a century, they found that regional inequality stopped narrowing from the 1980s.

The same sort of hopelessness pervades parts of the UK.

It is now generally accepted that neighbourhoods in metropolitan Britain have all but lost their local butcher and baker. But other, quieter, barely urban and semi-urban parts of the country have had an even more dispiriting experience and this has profoundly affected British politics. For years, these people have watched as high streets were boarded up and familiar local shops disappeared. Local pubs closed, leaving the community without a place to meet socially. The barber shut shop, opting perhaps to take a low-paid job as a carer.

The impact has been devastating. How could it not?

Some 60 years ago,  Jane Jacobs argued in The Death and Life of Great American Cities, that communities are created by small daily encounters.

Ms Jacobs offered the following as examples of healthy communal experiences : getting cooking tips from the greengrocer, hearing about a job from the butcher, recommending a good plumber at the bakery, exchanging opinions in the pub.

“The sum of such casual, public contact at the local level,” Ms Jacobs wrote, “is a feeling for the public identity of people, a web of public respect and trust.” But supermarkets minimise human contact for reasons of efficiency. One critic says they “cut the threads that hold an engaged community together”.

It’s not just supermarkets, of course. Governments are at fault too, for failing to pick up on the acute sense of dislocation that comes with broken links of  public interaction.

The result are plain to see in prosperous western Europe.

A primeval cry for connection and cohesion.