Sanders or not, the US Democratic Party is increasingly turned off by Netanyahu’s Israel

Whatever happens with the two-man race that is now the Democratic presidential field, one thing is clear: the positions taken by Benjamin Netanyahu’s Israel are forcing a change in the strongly bipartisan nature of US-Israeli ties.

Where once both the Republican and Democratic parties shared the exact same regard for Israel – so much so that it didn’t really matter to Tel Aviv if a Republican or a Democrat was in the White House – now there is a manifest difference in opinions.

The Democratic Party is increasingly doubtful about the Israeli prime minister, the implications of his policies and the direction he’s taking the country. And there is a growing difference of opinion between American Jews and the Israeli electorate.

It’s the way Mr Netanyahu is doing politics. His campaign for the March 2 general election – Israel’s third in roughly one year – saw the Israeli prime minister conspicuously attacking the country’s Arab minority. He has ploughed a right-wing agenda and relied solely on Donald Trump’s support to push it along. He has made no attempt to keep the Democrats and their concerns onside. In fact, Mr Netanyahu has ignored Democrat attempts to warn against any action – such as the annexation of Palestinian territory in the West Bank – that would jeopardise bipartisan support.

The Democrats have got the message. Several leading Democratic presidential hopefuls, including Bernie Sanders (who’s Jewish) skipped the recent annual conference of the American Israel Public Affairs Committee, Washington, D.C.’s most influential pro-Israel organization. Mr Sanders also issued a statement attacking AIPAC for giving a platform to far-right figures, including evangelical pastors and nationalist European politicians, who “express bigotry and oppose basic Palestinian rights”. He also called Mr Netanyahu a “reactionary racist”. The Israeli prime minister responded in his video address to AIPAC. Mr Sanders’ remarks, he said, were “libellous”. For good measure, he suggested that he would go ahead with the annexation of Palestinian territory, with Mr Trump’s support.

It has fallen to a left-wing Jewish commentator, Peter Beinart writing in Jewish Currents, to assess the significance of all that’s underway. “What makes Sanders’s statement radical is his use of the word ‘bigotry’ in conjunction with Palestinian rights”, he said. “In establishment American discourse, the category of anti-Palestinian bigotry barely exists. That’s been the case for decades – not only among Republicans, but even among progressive Democrats”.

According to Ilan Goldenberg of the Center for a New American Security think tank, US Democrats will push for a democratic Israeli state rather than military occupation. They will also regard Palestinian rights as important.

With AIPAC gradually becoming less important as an organisation that draws bipartisan support, the tone and tenor of US-Israel relations will undoubtedly change. 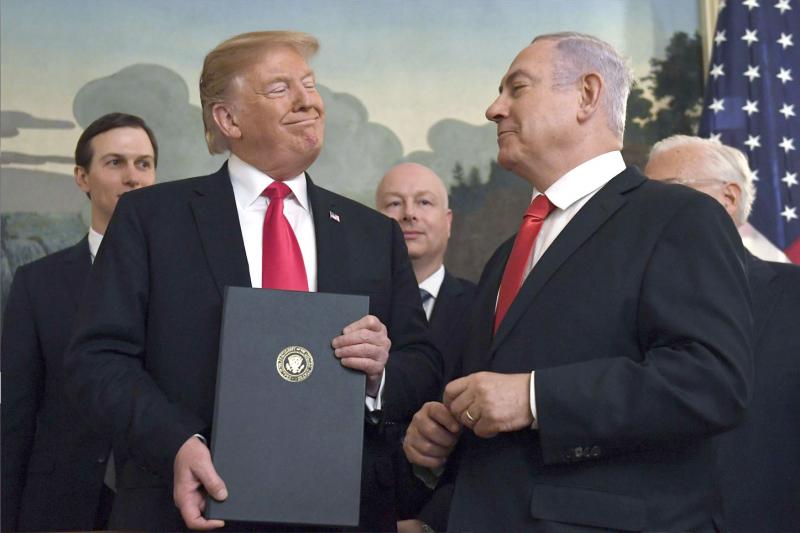