There is a Rumi quote for every moment, including the time of coronavirus

There is a Rumi quote for every moment. For these times we live in:

“Be patient  where you sit in the dark. The dawn is coming.”

Truly, Rumi transcends timezones and the times. I saw this over the course of just one fortnight.

Days ago, in Washington, D.C. there was this:

And at a Tube station in London, there was this: 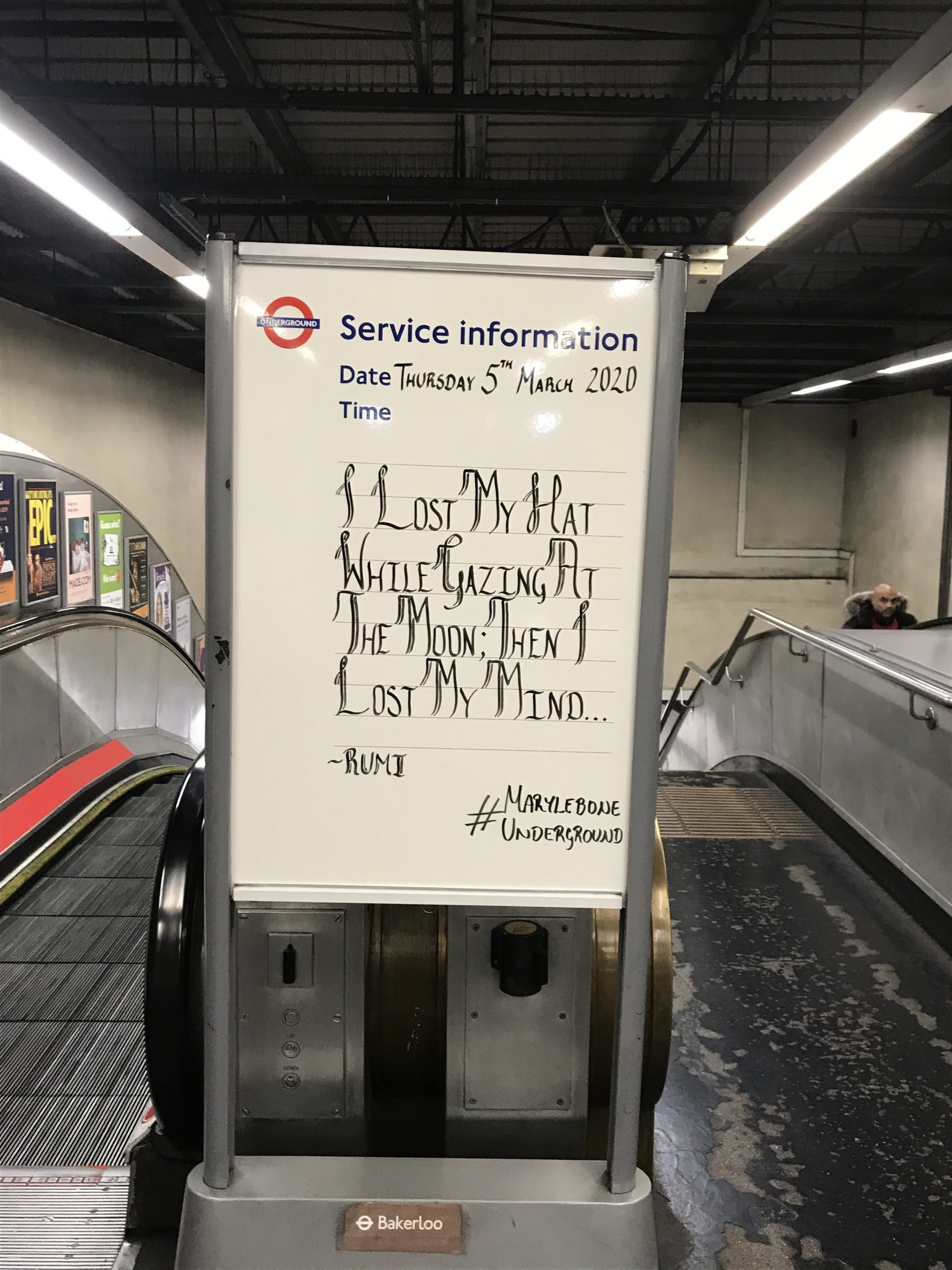 The two capitals were linked by Rumi, the 13th-century poet, theologian, and Sufi mystic originally from Balkh in Afghanistan.

Rumi has now been appropriated by Turkey, perhaps understandably. His mausoleum is in Konya (I visited the Mevlana Museum in Konya in 2012.) Rumi wound up there at the invitation of the Seljuk sultan Alaudin Kayqubad. He is buried in its rose garden, near his father.

He may be buried in Konya but belongs to the world. 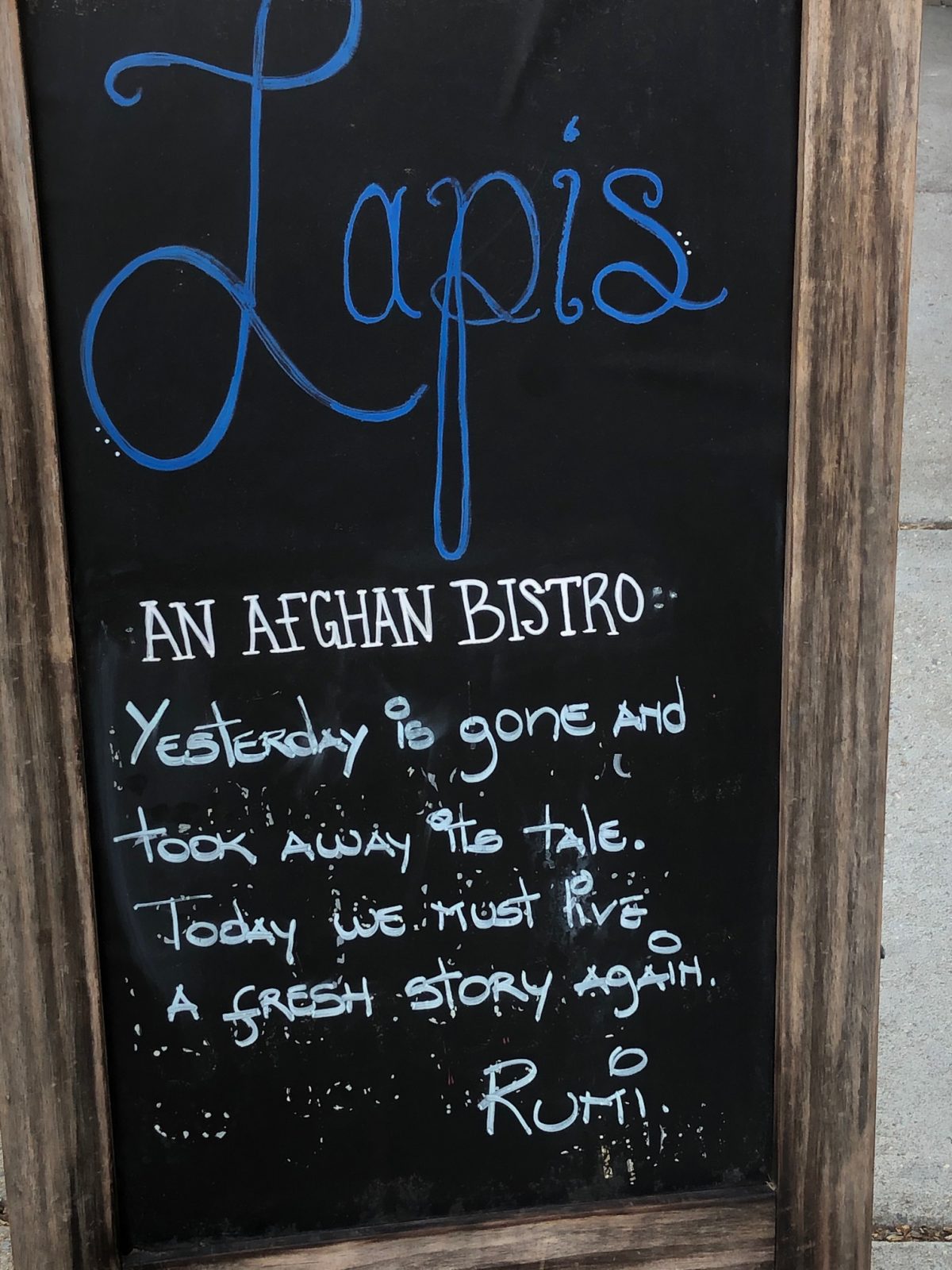