A friend in Barcelona calls with news of a thriving new business in Spain: renting out your dog. Turns out the Spanish police are trying to crack down on entrepreneurial sorts who use their pooch to earn a bob or two in these difficult and uncertain times.

There’s a reason dog-rentals have become a business at all.

It’s Spain’s get-out-of-jail card. Unlike in Italy, France and Britain, where people are allowed to exercise in the open air – for a short time, and as close to their homes as possible – Spain has banned such sorties unless you’re walking your dog. Even that is meant to be short – and restricted to the dog’s performance of its duties in the open-air office.

It was a desperate move by Spain, where cases had been spiralling. Unsurprisingly, it has created a spin-off industry. As an advert on Milanuncios, Spain’s online classifieds site reads: “If anyone wants to get out for a walk, I will rent them my dog”.

Spaniards are laughing about it on social media, with posts about exhausted dogs on hire at 15 euros a walk: “But you’ve already taken me out 38 times today”.

Human ingenuity is truly, a great and terrible thing. 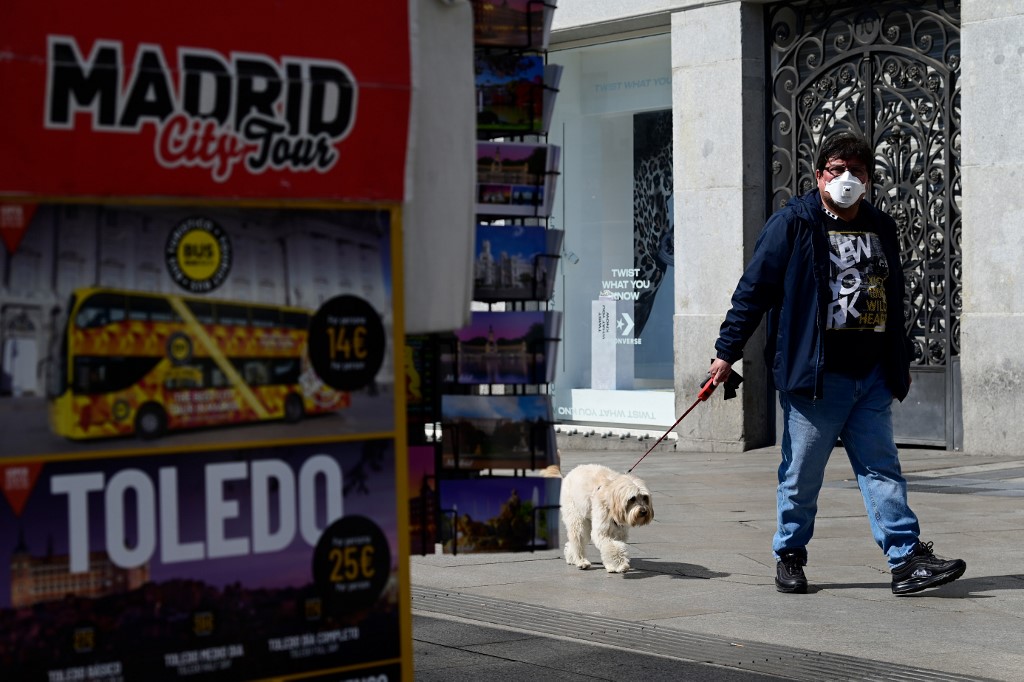