From George W. Bush’s propensity to read books came the US policy of social distancing

I didn’t realise that George W. Bush read books. The fact that he did matters, especially as the US is beset by “reopen” protests against Democratic governors seeking to mitigate the coronavirus toll by keeping states in lockdown.

For it was from President Bush’s propensity to read books that came the US official policy of “social distancing”. The circumstances are explained in a New York Times piece on how the US adopted an approach – self-isolation – used in the Middle Ages.

Apparently, the president, who had already dealt with the 9/11 attacks, remained greatly concerned about bio-terrorism. Already in his second term, he read a book in 2005, which had a deep impact on him. ‘The Great Influenza’ by John M. Barry, was soon to be published. It detailed the circumstances and the spread of the Spanish flu in 1918.

As Mr Bush read the book and the news of the day – a bird flu outbreak etc – he started to worry about America’s ability to deal with new diseases for which there was no cure. On November 1, 2005, Mr Bush gave a speech at the National Institutes of Health in Bethesda, Maryland. There, he compared a pandemic to a forest fire. “If caught early it might be extinguished with limited damage. If allowed to smolder, undetected, it can grow to an inferno that can spread quickly beyond our ability to control it.”

In the speech, which also mentioned Dr Anthony Fauci who’s now become a household name, Mr Bush added that it was important to distinguish between a seasonal flu and pandemic flu. “Pandemic flu occurs when a new strain of influenza emerges that can be transmitted easily from person to person – and for which there is little or no natural immunity. Unlike seasonal flu, most people have not built up resistance to it. And unlike seasonal flu, it can kill those who are young and the healthy as well as those who are frail and sick.”

He noted: “At this moment, there is no pandemic influenza in the United States or the world. But if history is our guide, there is reason to be concerned. In the last century, our country and the world have been hit by three influenza pandemics – and viruses from birds contributed to all of them. The first, which struck in 1918, killed over half-a-million Americans and more than 20 million people across the globe. One-third of the U.S. population was infected, and life expectancy in our country was reduced by 13 years. The 1918 pandemic was followed by pandemics in 1957 and 1968 which killed tens of thousands of Americans, and millions across the world.”

It was clear that the US president was deeply concerned, which led the Bush White House to develop ideas on biodefense and large-scale contagion.

They originated in the social networks school project conceived by Laura Glass, the 14-year-old daughter of Dr Robert J. Glass, a scientist at Sandia in New Mexico. The NYT describes Dr Glass as someone “who specialized in building advanced models to explain how complex systems work — and what can cause catastrophic failures.” Dr Glass looked at his daughter’s project and from there came the whole idea of shutdowns and social distancing. Click here for the paper written by Dr Glass and his daughter.

As the NYT notes, it ultimately resulted in the US Centers for Disease Control making social distancing, “bureaucratically called Non-Pharmaceutical Interventions, or NPIs”, official policy. The Obama administration updated the strategy in 2017.

And it all started because George W. Bush read books. Who would’ve thought? 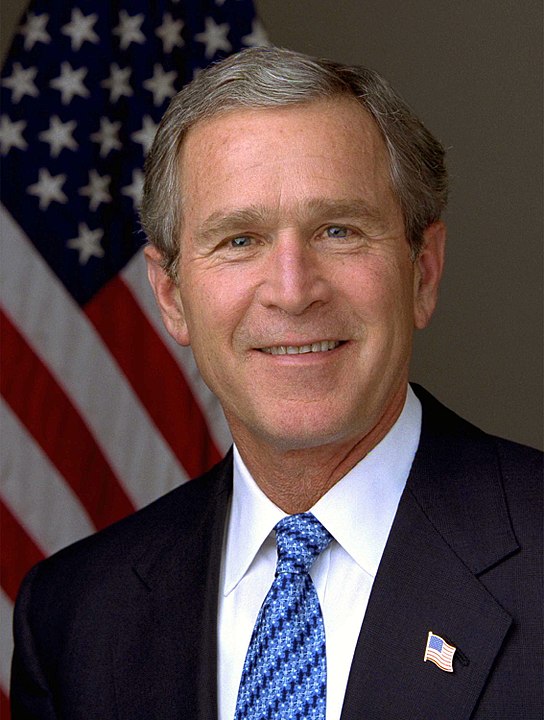