Trump and disinfectant injections: Ancient leaders too bumbled their response to the plague

When I heard Donald Trump suggest that people could be cured by having injections of disinfectant (“knocks it out in a minute… One minute!”) and/or treatment by ultraviolet light, it was a reminder that he has no monopoly on ignorance.

From ancient times, leaders have offered superstitious, bumbling and sometimes dangerous responses to the outbreak of plague. Of course, they had an excuse, which is unavailable to Mr Trump: there was no concept of germ theory in the third century!

Here are two of the more remarkable reactions to plague through history:

** At its height, the third century Plague of Cyprian killed 5,000 people a day in Rome. The outbreak, named for the Christian cleric who recorded it, was described as an opportunity for believers to live their faith more fully. St Cyprian also encouraged fellow Christians “to rejoice rather and embrace the gift of the occasion (for it ensured they were) advancing to Christ…”

** The sixth-century Plague of Justinian, an outbreak of bubonic plague, is named after the Byzantine emperor Justinian I who was on the throne in Constantinople at the time. According to the historian Procopius, a contemporary of Justinian I, the plague had supernatural causes. A specific reason for divine wrath, he said, was the incompetent ruler. The disease, he wrote, presented itself first as “apparitions of supernatural beings in human guise of every description…(or) a vision in a dream…” Procopius said that quarantining and isolation were only done voluntarily by individuals as the emperor remained preoccupied with his own affairs. 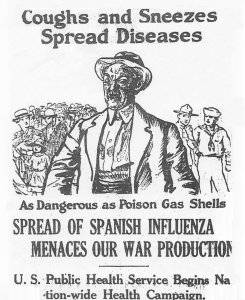